Home Internationals Eddie Jones Needs his Players to do the Talking on the Field...
Facebook
Twitter
Google+
WhatsApp 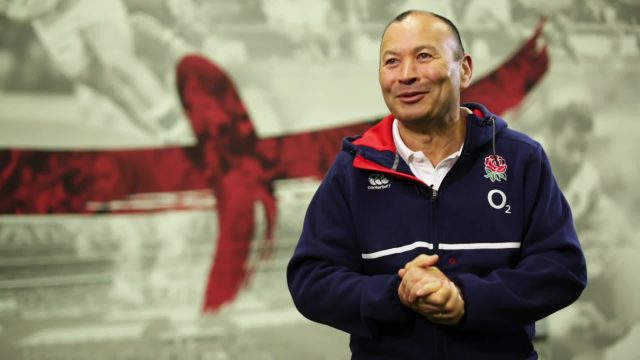 It’s fair to say that the last 6 months of Eddie Jones’ tenure as Head Coach of England haven’t been covered in much glory, if any at all.

Wind the clock back to the end of the November tests in 2017 and Eddie’s England were sitting comfortably as the second best team in the world after a clean sweep of Southern Hemisphere opposition and although a solitary loss against Ireland had created a bump on the road to the elusive number one spot, everything seemed to still be heading in the right direction for the men in white.

England have just landed in South Africa off the back of their worst Six Nations campaign in living memory and a first defeat at Twickenham under the Australian’s tutelage to boot. They were humbled at Murrayfield by Scotland, out done in Paris by Gallic gall and Ireland simply outclassed them at Twickenham.

The next game that an England XV played involved them shipping sixty three points against the Barbarians at Twickenham. Many of those players haven’t travelled to South Africa but this was still an Eddie Jones team that he prepared for an international game and conceding as freely as they did does not bode well.

The word ‘preparation’ seems to be coming under constant scrutiny at every one of the former Japan coaches press conferences and this is where Jones needs the support of his players more now than ever because away from matters on the field it seems that behind the scenes there are cracks also starting to form.

Paul Gustard, the defence coach that Jones himself employed, is leaving the set-up after this tour to take on the role as Head of Rugby of Harlequins just 16 months out from the world cup. There is also still no full time attack coach since Rory Teague left the camp last May to join Bordeaux. Jones has assumed the position himself or has used old allies such as Glenn Ella or as for this tour, Scott Wisemantel, his former assistant with Australia and Japan.

Then we have Jones’ seemingly strained relationship with the Aviva Premiership Clubs. So far 14 players have sustained significant injury damage whilst training with England since the Australian took over and the feeling between the Premiership bosses is that some of these players are being treated like nothing but collateral damage.
Bruce Craig, the millionaire owner of Bath Rugby has been quite outspoken this week about the ‘attrition’ during England training camps and you can’t really blame him. Players are his assets if you want to look at it from a business perspective so losing key players like Beno Obano (12months), Tom Ellis (9 Months) and Sam Underhill (3 months) to injuries sustained whilst with the England Squad means his chances of his business performing to the greatest potential become quite limited.

He’d already lost Anthony Watson during the Six Nations as well and it is looking increasingly unlikely that he will be fully fit for quite some time.

These comments have seen Jones label the Bath owner as ‘The Donald Trump of rugby’ which depending on what side of the fence you sit on politically can be seen as either hilarious or highly offensive. I think the latter is probably where most would park their backsides right now.

Craig isn’t the only Premiership representative to raise concerns over the training methods coming out of England’s base at Pennyhill Park in Surrey.

In 2016 Sam Jones, a young flanker with Wasps was called up to the England Squad and was thrown straight into a Judo session with Maro Itoje after a match he had just played in. As the Wasps players arrived later to the session because of their match they weren’t given a safety briefing and the young back row hopeful dislocated his ankle. He hasn’t played again and unfortunately he never will as his retirement was announced in March this year.
Jones has persistently defended his coaching methods stating that the team “train appropriately for test match rugby” but clearly something is not working as high profile player after high profile player is returning to their club in a plaster cast holding a doctor’s note.

These methods and injuries are not new to the squad by any means but when you are winning 18 test matches in a row including a whitewash of Australia in their own back yard and a Grand Slam before that then no one really questions these methods as surely they must be working. 3 test match losses in row and a horrendous defensive display against the Barbarians and everything is all of a sudden being questioned or dredged up from the past.

The Sam Jones injury occurred over two years ago but is now being talked about regularly before this test series.
To further himself from the ‘most popular man in rugby’ award, the former Wallabies Head Coach has picked a man that has never played a minute in the Premiership, let alone even worn a white shirt during his playing career in Brad Shields.

Shields has played in every age group until now in the black of New Zealand whilst plying his trade for the Hurricanes in Wellington. His parents are English which is why he qualifies to play for the Red Roses and because he has signed for Wasps next season it technically makes him a Premiership player.

The message it sends though is twofold. Firstly it makes a mockery of the Premiership system and the rules that the RFU themselves have placed on picking overseas based players but secondly it sends a message to all back row protagonists in England that they are just not good enough.

This of course is not Shields’ fault in anyway and he has the right to play for England but from a judgement perspective this is short sighted from the RFU. An international shirt should be earned and also respected by your peers. Shields hasn’t really done either and the danger of a huge can of worms labelled ‘well you did it for Shields’ may well have truly been opened.

This test series will not be what Eddie Jones is finally judged on as the England Head Coach but as we hurtle towards a World Cup next year he will need his team of tourists to perform to their maximum potential to silence some doubters and keep the wolves away from the door.

Sending them all home on a plane rather than an air ambulance would also help his popularity some what.