Home Internationals Sam Warburton’s Retirement is a Loss for Rugby Both on and off...
Facebook
Twitter
Google+
WhatsApp 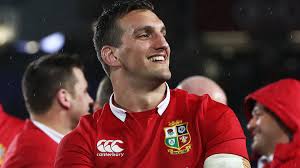 A true great of the game announced his retirement yesterday as Sam Warburton, the Wales and British & Irish Lions captain’s body finally gave in and told him to hang up his boots.

At the tender of age of 29 this is a truly sad sight for the rugby world but not just for reasons on the pitch.

Warburton is without doubt one of the best flankers this generation has seen.  He has helped shape how flankers should play with regards to timing at the breakdown, getting himself over the ball and how to make the tackle an offensive weapon rather than a defensive shield.

He also shown others how they should conduct themselves as a player, a captain and as a man.

As a player his work at the tackle area itself is probably his stand out quality and his stats back this claim up admirably.

On average he would clear out 21 rucks per match after making nearly 8 tackles but his turnover rate of nearly 2 per test match is up there with the great Richie McCaw and let’s be frank about this, Warburton conceded a lot less penalties. Warburton’s average was 0.66 a game whilst McCaw’s steadily rose to 2 per match by the end of his career. The great All Black’s average was never below 1 for his whole career.

Not only is the man from Cardiff a Welsh great but he can also be considered one the greatest captains that the British & Irish Lions have ever been lucky to have.

He retires unbeaten in two test series’ after claiming the scalp of the Australians in 2013 and drawing a series against the mighty All Black World Champions in 2017.

His Captaincy has received great acclamation globally due to the manor of his approach towards referees whilst setting the example for players around him with his fearsome work rate.

He was handed the Welsh captaincy for the 2011 Rugby World Cup at the age of 22 which in turn made him the youngest ever World Cup captain in history.  The captaincy seemed to elevate him to new levels of play as well. In the first match of that World Cup against South Africa and his opposite number Heinrich Brüssow he made 6 steals and made 23 of Wales’ overall tally of 99 tackles single-handedly in a man of the match performance.

His tournament ended prematurely during the semi-final loss to France due to a much-debated red card but despite this the man from South Glamorgan had made his mark on the world stage.

As a Lion he claimed the first series victory since the great 1997 team that remarkably took the prize in South Africa. His second test performance was regarded by some as the greatest ever seen in the most sought after red shirt of the Northern Hemisphere. A late injury in that test curtailed his chances of playing in the final test but he was to lead the Lions again 4 years later.

Warburton was selected on the bench for the first test, losing his place and captaincy to Peter O’Mahony but he regained his starting shirt for the remaining two as the men in red came back to draw the series.

His influence on the field is easily measured by stats and results but the man behind the scenes should also be recognised.

Loyalty is something that is slowly but surely ebbing away from professional team sport in the modern era but Warburton certainly possesses it in spades.

In 2014 the Cardiff Blue was offered lucrative deals in France with Stade Francais and Toulon. Sums of £700,000 a year were being touted around but instead Warburton chose to sign a central contract with the Welsh Rugby Union (WRU). At the time many saw this as a bad decision as he was essentially putting his Cardiff Blues career at risk for more money with the WRU. This may have been the case, but the one club man ensured that he was still eligible to play for the team from the Arms Park thus essentially staying exactly where he was.

Putting on the Blues and the Welsh jersey meant more to him and his adoring fans than the riches of Paris or the Côte d’Azur.

The move reaped huge rewards for Welsh Rugby because again, as a leader, Warburton had set an example, and many started to follow suit in helping to restore some stability to a rocky era in Welsh Rugby history.

Warburton will certainly not disappear from the game now as he already shown the aptitude to pursue a media career but either directly as a coach or indirectly by way of a shining example to younger players, his influence will hopefully not dwindle. His career should rightfully be praised from high as he has been a fearsomely competitive player and captain but also a true gentleman of the game.