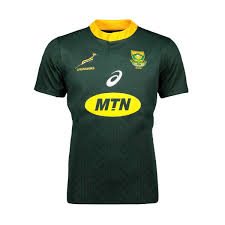 Rassie Erasmus’ record so far as the Head Coach of the Springboks is certainly not pretty reading but unfortunately for Springbok fans across the globe, it only tells us half the story of how the Erasmus engine started so well at home to England but has since fallen off the rails. Something he himself has recognised puts him directly in the firing line with regards to questions over his future.

Saturday’s defeat to Australia was a damning indictment of people suggesting that the Boks haven’t moved forward since the former Munster Head Coach took over and unfortunately for Erasmus he doesn’t have too much of a defence to plea with.

Their poor starts continued to haunt them when Michael Hooper dotted down after just a minute but yet again South Africa reacted well and gained back control of the test match before some poor decision making and one of the strangest decisions at a lineout on their own line I have ever seen cost them dearly.

Up until the 30th minute every lineout had been thrown to either Steven Kitshoff, who was stood at the front of the lineout or to Eben Etzebeth who was jumping at the front of the lineout.
They won every one of those lineouts and even though it wasn’t the most imaginative ploy, they were in the ascendency off the catch and drive so it was effective. They were making easy ground and the Wallabies were defenceless against it.

Then, under no real pressure but five metres from their own line, they decided to get Bongi Mbonambi to throw long over the lineout to a runner at the back. It failed miserably as Siya Kolisi took off too late and Matt Toomua gleefully picked up the bouncing ball and dived between the sticks for the easiest try of his international career.

That sort of decision making and execution at 15-7 up with 8 minutes of the half left is baffling to say the least. Bank the ball at the front, drive 15 metres and then exit from a better position. Don’t throw over the top when your confidence is shaky and you need a clutch play from your reserve hooker.

Erasmus has since come out and said that this was Kolisi’s fault and not Mbonambi’s but it was the hooker that was substituted just seconds after the misdemeanour. The decision to take the risk was Kolisi’s and it is rightfully so that he should shoulder the blame.

Erasmus’ reasoning for taking the number two from the field was that ‘He had emptied the tank’. After 30 minutes of a test match at sea level and an international player has run out of fuel? Either that is a poor excuse to try and make him not feel so bad or your fitness coach needs sacking.

The second half was a tale of errors and poor decision making. Jesse Kriel’s attempted kick-pass was the perfect example of the desperation that was besieging the player’s minds. You can argue that he was trying something different whilst having penalty advantage but the intended recipient was no more than 10 metres away from him and they were 3 on 2.

Another mind-bending decision came after just nine minutes of the second half. The home team had been laying siege to the Green and Gold line but the visitors secured a huge penalty turnover at the breakdown and now finally had a chance to regather, kick long up field and release the pressure valve. It could well have been a significant body blow to the Aussies after they spent nearly ten minutes attacking with no reward and had suddenly found themselves defending a half way line set piece.

Instead, Elton Jantjies decided to force the pace, take the kick to touch quickly and inevitably sliced the ball into touch. Toomua added three points to the Australian tally from the tee minutes later.

In tight games of this stature you also need cool heads and clarity from your key players. Willie le Roux should be one of those but he too didn’t seem to be happy under the high ball of a sudden and his kicking out of hand was woeful.

Faf de Klerk has deservedly come in for some praise of grandeur recently but during the last 20 minutes he spent a great deal of time trying to referee the game from the base of a ruck or trying to kick the ball of his opponents’ hands as they tried to hit their first receiver. In essence he lost his head as he jumped into tackles and kicked aimlessly. He still played the full 80 minutes though when they would have been better off replacing him even it was with a 21 year old with just three caps. Let’s just hope that his moment in the spotlight over the last few months hasn’t gone to his head.

These decisions were not just limited to on the field though as the makeup of the initial 23 needs questioning as well.

Francois Louw coming on to play at Number 8 is not going to have too much of an impact. Number 8’s tire with such heavy work loads and you need to have a real impact player ready to come off the bench and make some hard yards. Someone like Ruan Ackermann from Gloucester would have been a much more sensible option for instance.

Here in lies the problem though. Erasmus hasn’t yet got a grip on who his first XV is yet and that is looking very unlikely to happen as the Championship progresses.

The Springbok coaching team cannot afford to experiment with any new combinations in the next three matches as they have the return fixture with Australia sandwiched between away and home matches against the best team on the planet in the form of the All Blacks.

The biggest overall concern from a fans perspective will have to be the lack of identity around this squad. No one can see what is trying to be achieved. The power game of old with fast wingers that feed off the subtlety of the inside backs has gone in favour of……..I can’t actually answer that. I don’t know either.

If the loyal fans had a clearer understanding of where this team are heading then they may well be slightly more empathetic to the challenges that face Erasmus and his team but whilst they are riddled with poor decision making from players that don’t know whether they will even be allowed to play for their national team by the time the Championship arrives back on South African soil and coaches patching together a team and hoping they perform week in and week out then the pressure will only mount on the SARU to take divisive action.

It would be unfair to even contemplate giving Erasmus his marching orders should they lose on Saturday but should the train de-rail yet again when Australia arrive in Port Elizabeth two weeks later then there may not be a mechanic in the world that can get them back on the right track towards next year’s World Cup.

Rassie Erasmus’ Job on the Line this Saturday