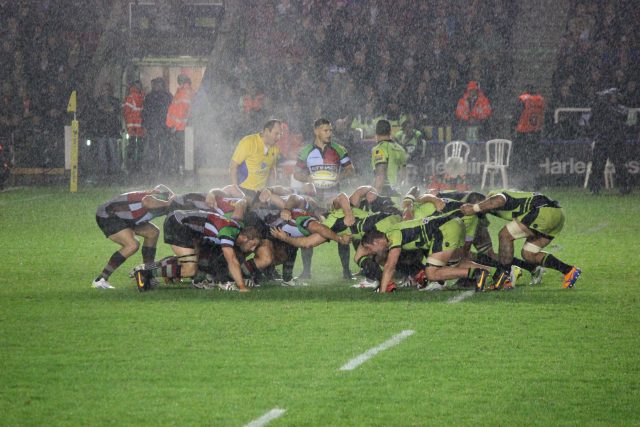 Newcastle finally got their season up and running last weekend with a win against Worcester and sometimes you just need to scrape a victory to really kick start your season. It’s like getting that horrible little monkey off your back.

It was the big names of Sinoti Sinoti, Sonatane Takulua and Toby Flood that dug them out of their slump but this week they are going to need to some serious help from their supporting cast.

Exeter are absolutely flying and don’t look like stopping anytime soon. They didn’t have it all their own way last week against Sale for the first 40 minutes but they showed their class in the second half to pull away.

They are still susceptible defensively and Newcastle will hope to use their fast pitch to capitalise on that but I think the pitch will actually favour the Chiefs just as much with the expansive style of rugby that they have been playing this season.

Bath have a full house of win, lose and draw so far this season but for 79 minutes last week they were very impressive in their win over Harlequins. They tired at the end and almost let Quins snatch a victory from the jaws of defeat in that final minute of the 80 but the performance was ten times better than anything else they have produced to date this season.

Jamie Roberts being ruled out for 4-6 weeks is a body blow as he played well against his old club but Max Clarke will be itching to take any opportunity in midfield.

Saints more than held their own against Saracens last week but they also struggled to stay the full course.

That said, they are improving game by game and their combinations are coming together well. Dan Biggar has been a very positive addition so far and he will be relishing the opportunity to come up against his Welsh rival Rhys Priestland at some point during the game.

Saints haven’t travelled well so far and this may be the deciding factor here. 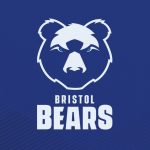 Bristol will be glad to be back at home after successive defeats on the road. They shouldn’t be disheartened too much by those losses because in both matches they were more than competitive for large portions of the game.

Their expansive, daring rugby is good to watch if sometimes a little unadvisable at times but on the big pitch at Ashton Gate they use the space very effectively.

Harlequins have been poor in their last two matches and the score line last weekend flattered them in the end. But for a late flurry they could have been beaten by 20 points or more.

This will be a close game and I fear that it may not be the highest scoring of affairs but home advantage for The Bears and a great atmosphere at The Gate will see them over the winning line.

This is one of the trickier games to call this weekend as Sale have been hideously bad in two of their matches this season yet have managed to grab a win at home.

They can look very dangerous in attack and have scored some nice tries out wide but when teams play expansively against them they look extremely vulnerable.

Wasps do play expansive rugby but they have also conceded a lot of points this season as well. 42 and 35 in their last two matches respectively.

Sale are certainly a stronger proposition at home than away but I think Wasps will have too much class and experience for them.

Leicester are another team that are setting a pattern of looking strong at home but travelling with some sickness.

Their only home game to date saw them rack up 49 points against Newcastle and if we are brutally honest about Worcester then it is clear they are a much weaker side than the Falcons.

Leicester will be without the suspended Will Spencer for this one after his much reviewed red card in Tigers’ brave defeat to Wasps.

Worcester find themselves rooted to the foot of the table but that picture doesn’t tell the whole story.

They have lost by an aggregate of just 10 points so far this year and have a losing bonus point in each match.

They are defensively much better than last year and fighting hard but at some point, that resolve will be broken at some point and I fear it may be at Welford Road.

Both teams are unbeaten going into this fixture at Allianz Park and both come off impressive wins last time out.

Saracens struggled to settle in the first half against Saints last weekend but once in their stride they took full control as they always do.

As per our Gallagher Premiership Preview article, Alex Lewington is proving to be a shrewd signing and David Strettle looks as though he never left for his French break in Clermont a few years ago either. He is straight back into the Sarries shirt and scoring tries for fun.

Gloucester have also been in fantastic form this season and but for a 40 minute crumbling at Bath two weeks ago then they would have been 3 from 3 themselves.

Danny Cipriani has his back line ticking but Jake Polledri has been setting tongues wagging after his performance against Bristol last weekend.

He was by far and away my player of the round with 13 tackles and 20 carries for 87 metres. His upper body strength and ability to break a tackle is a potent weapon in his armoury.

The Italian International’s head to head with the Saracens back row that will include Nick Isiekwe and Michael Rhodes will go a long way to determining where this game is won and lost.