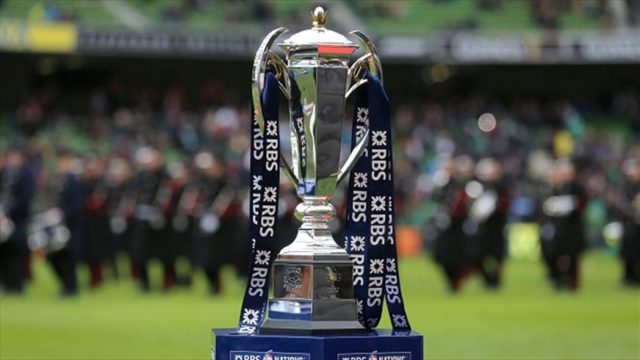 England can’t live without the Vunipola’s

It’s a fairly simple equation this one. Without the brothers from Saracens, England just simply aren’t as good.

Mako made 25 tackles on Saturday in Dublin. 25! He’s a prop for goodness sakes. The relentless prop also made more carries than any other player in a white shirt during a 77-minute performance that will have to go down as one of the greatest by an international front row for many a year.

The sheer lung busting nature of his performance didn’t affect his scrummaging either as the England pack never took a backwards step.

Billy is someone who exudes confidence and a player who you would run through a brick wall for. The only issue is that he has already bust the wall down so you can just waltz through the cavernous hole that’s been left.

His ability to get over the gain line and draw in more than one tackler is a feature that Eddie Jones has been missing from his squad so, to then add Manu Tuilagi into the mix, you could see clearly that the Red Rose are a completely different, less dangerous outfit with them not in the side.

Joe Schmidt had a precariously difficult decision to make before this game with regards to who was going to play full back against England.

Rob Kearney is, and will continue to be, first choice at full-back but it was deemed that he hadn’t had enough game time for Leinster to start this titanic battle.

It did leave Ireland with a shortage of options but Robbie Henshaw was seen as the go-to man.

The Leinsterman has played in the position before and even made his Ireland debut in the number fifteen shirt but his rustiness after years of honing his skills in the centres was laid bare for all to see.

His skill set is not in question, or his ability as an international rugby player but it was his positioning in defence that cost Ireland so many metres.

Owen Farrell picked him off all day long with raking kicks in behind and all too often Henshaw was nowhere to be seen.

Schmidt will want Kearney back fit for the test against Scotland next week and he may need to start looking at other back up options as well, because Henshaw shouldn’t be second choice.

I’ve been racking my brain as to when I have seen two halves of rugby from one team as differing as I witnessed by France on Friday night and I really can’t pinpoint one.

How can a team dominate a game for 40 minutes like that and then capitulate, as Les Bleus did, in the second half?

Oh, that’s right, it was France and it’s what they have been doing for decades.

In the first half players such as Yoann Huget and Louis Picamoles had a fire in their belly and were beating defenders for fun.

Guilhem Guirado was controlling a destructive rolling maul, as he does so well, whilst Camille Lopez was thriving on the arm chair ride his forwards and Morgan Parra were providing him.

He moved down the tunnel at the half-time quicker than Craig Joubert did after the World Cup Quarter-Final in 2015 but he must have burnt out half way down the underbelly of the Stade de France.

France should have stayed in the shed after the 15-minute break because they would have been more effective.

Utterly clueless in the second 40, played like a bunch of amateurs as they spilled the ball, missed tackles and threw aimless passes.

It’s not new for any of us to see this and it does make watching France intriguing but you’d think after all these years that ‘la consistance’ may be a couple of words they should pin up on their dressing room wall.

What are we to do with the Azzuri?

I’ve always been a supporter of having Italy in the Championship as it’s a fantastic away experience for the fans and the odd upset they cause can give you impactful ammunition in a pub argument but one of the main reasons for inviting and introducing them to the tournament, was to develop them and make them better as a nation.

The issue is, they are not developing and not getting any better.

At the end of the World Cup, it is likely that star player Sergio Parrise will walk away from the national side and there isn’t any sign of a backup plan.

I am not convinced either way for the arguments surrounding promotion and relegation but their performances are starting to devalue the Championship.

They have flown under the radar up until the game in Dublin on Saturday but Wales now have to be placed front and centre of the Six Nations stage.

The first half against France will be picked apart by the coaches during analysis this weekend and rectified no doubt but, the way they refuse to lie down with the senior players stepping up to steer a sinking ship to safety is a huge plus point.

The men in red had more than a small slice of luck in the way that they won but they forced the errors that Yoann Huget and Sebastien Vahaamahina made to gift them tries.

Playing badly and winning is a good thing sometimes. It makes you more resilient as a group and adds a belief that no matter what situation you are in, you can dig yourself out of it.

Rugby is moving so fast now that once your tactics get figured out and exposed you need to find a new way of controlling games overnight.

Ireland are the prime example after the weekend.

England knew that box kick after box kick was going to rain down from the Dublin sky and they found a way to nullify it. We all had a good giggle at the video doing the rounds of a coach waving a pool noodle in England player faces during kicking practice but who’s laughing now?

John Mitchell, who needs to take widespread praise for the defensive effort from his team on Saturday, also squeezed the life out of Johnny Sexton from the first minute.

His tactical kicking was quashed as was his usually destructive backline.

England have just shown the world how to beat the in-form team of World Rugby and people will use it as a template.

Ireland may have to change the way they play in the blink of an eye.

Dependency on the box kick will have to be lessened whilst strike moves heightened.

Adding more strings to one’s bow is never a bad thing though. 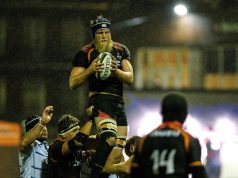 At the Bottom of a Ruck – Evan Botha

At the Bottom of a Ruck – David Rose

WHY THE WINDS OF CHANGE NEED TO BLOW OVER BLOEM