The time has come for one of these famous Universities to be crowned the Champions of South Africa when they face off in Stellenbosch tonight.

Maties are looking to retain the title that they won last year at the Danie Craven Stadium whilst Tuks will look to re-gain the title they surrendered from the year previous.

The last two winners and the two teams that also finished first and second in the log means that this match is set up to be one of the most eagerly anticipated finals to date.

Tonight’s home team ended the season just two points shy of the maximum 40 that can be achieved in the group stages but they didn’t have it all their own way against tonight’s opponents when they met in Pretoria.

In the match at the home of Tuks, it was Maties that walked away with a two-point victory but the margin of that victory shows you just how closely these teams are matched.

Since that match, the Maroon Machine have marched over everyone in their way but Tuks have struggled with their own form of late. Ikey’s gave them a scare in their last group match when the men from the capital had to stage an impressive second half comeback to snatch a draw.

Last week in the semi-finals it was FNB NWU that were dishing out the scares as, after a promising start from Tuks, NWU fought back late on to get within 6 points. The men in white saw the game out but it was not as convincing as they would have liked.

Maties will go into the final as clear favourites but they are missing two key players from this campaign. Back row Ernst van Rhyn made his Stormers debut in Melbourne on Friday evening so won’t be back in time for this one but live wire scrum-half, Logan Boonzaaier, picked up an arm injury that rules him out.

Remu Malan steps in to partner Jordan Chait at half back. Chait himself has been part of an incredibly effective partnership with Chris Smit this season and their axis at 10 and 12 has been key to Maties’ success.

In a surprise selection, Anton du Toit drops to the bench with utility back, Reinhardt Fortuin starting in the 15 shirt. 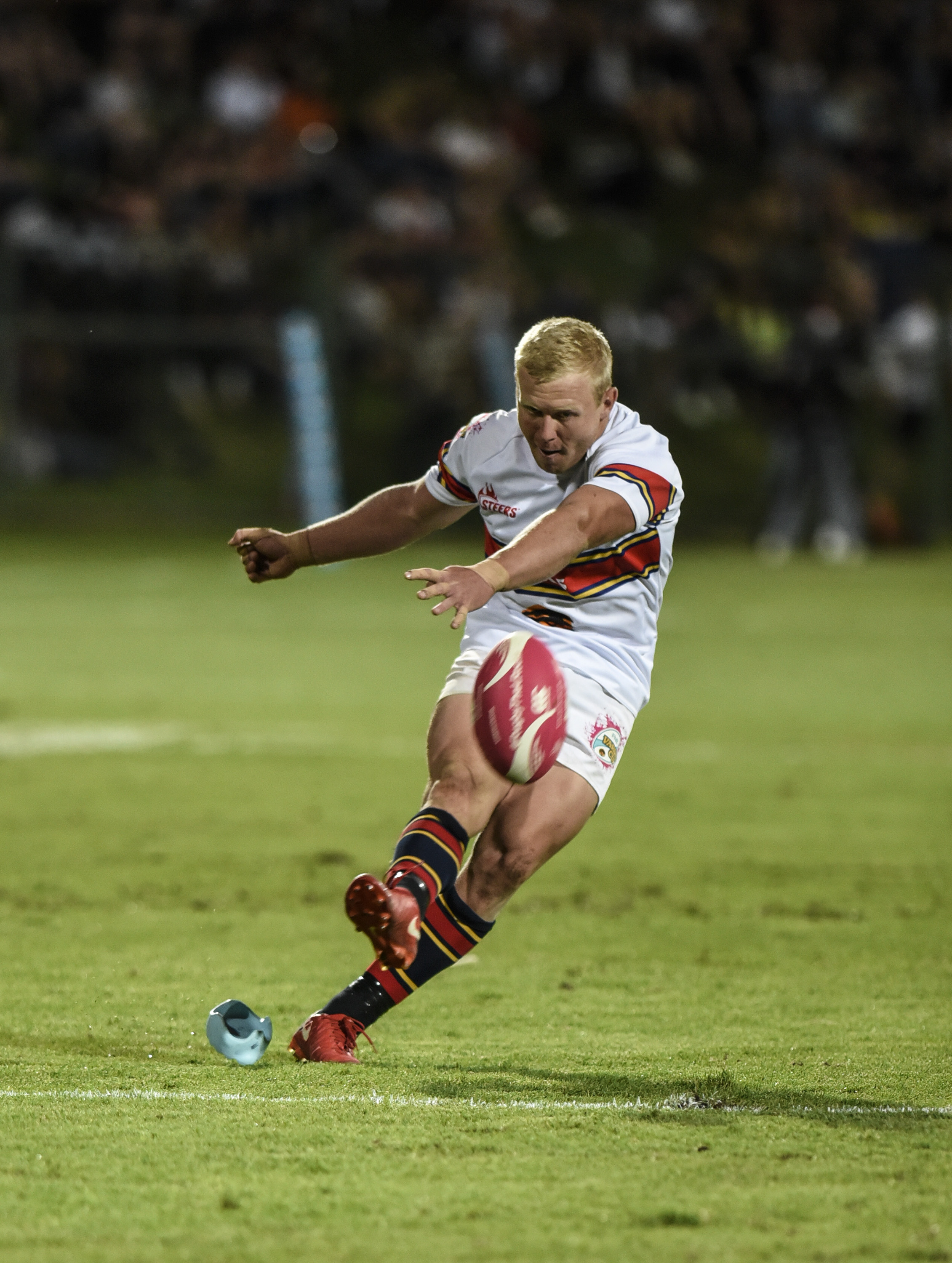 This may be a move to try and combat the kicking game of Tinus de Beer, Varsity Cup’s record point scorer. His kicking out of hand is just as potent a weapon as his goal kicking is but he will be missing one of the major beneficiaries of his right boot on Monday night. Giant wing Ciaran Dayaram doesn’t make the trip south for Tuks and that ballast out wide will be sorely missed. He nabbed two tries in the first 12 minutes of the semi-final.

Up front is where this game will be won and lost though and where Maties have been so successful this season. The forwards have controlled games with strength and brutality and when they get close to the try line, they rarely leave empty handed. The rolling maul has helped hooker Daniel Jooste nab a hatful of tries and even though Van Rhyn is missing, the back row remains mobile and powerful in equal measure.

Jacobus Smit on the openside and Hanru Sirgel on the blind for Tuks will have to win that battle at the breakdown against Chris Massyn and Johann van Niekerk if De Beer and his backline have any chance to play off front foot ball.

The stadium is ready and the maroon machine faithful will pour into the Danie Craven tonight for what could well be one of the most hotly contested finals so far in this illustrious competition’s history.

At the Bottom of a Ruck – Evan Botha