Buenos Aires will host the second Rugby Championship match of the season when New Zealand make the long trip to meet Argentina at the Jose Amalfitani Stadium.

Argentina have picked a full strength XV, mainly made up of this year’s Super Rugby finalists, The Jaguares, whilst New Zealand have chosen to select five debutants in a squad mixed up of experience and youth. 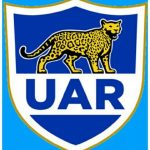 Los Pumas’ Head Coach Mario Ladesma has selected 13 of the Jaguares starting Super Rugby final team to start again this weekend. It is only Nicolas Sanchez and Juan Figallo that have forced their way into the famous blue and white starting shirt.

There is no doubt that the home team will go into this encounter on a real high after a spectacular season on the domestic front and there are some certain combinations across their team that New Zealand may want to marshal very carefully.

The back row of Pablo Matera, Marcos Kremer Javier Ortega Desio could well be one of the strongest combinations in World Rugby at this present time.

Matera has been nothing short of inspirational this season and his performance, albeit in a losing cause in the Super Rugby final, still saw him named Man of the Match. His destructiveness coupled with his subtle hands when he has the ball makes him the all round player and if he goes well then generally his troops go well too.

Nicolas Sanchez will be a welcome addition to the team as well. One area that the Jaguares could have done with a bit more experience in the Super Rugby final was in the fly half jersey.

Sanchez is a world class operator with more than a few tricks up his sleeve to release a backline full of flair and try scoring ability. 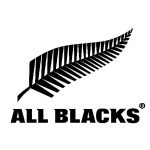 The All Blacks have taken the decision to rest eight of the Super Rugby winning Crusaders and hand debuts to no less than five players.

Of those five players, it is just the Crusader winger Sevu Reece that has managed to squeeze into a starting jersey. Super Rugby’s top try scorer becomes All Black number 1182 whilst Atu Moli, Luke Jacobson, Josh Ioane and Braydon Ennor will need to wait until they come off the bench to see what number will be bestowed upon them.

Sam Cane will captain the side for just the third time whilst Beauden Barrett and Aaron Smith will continue as half-back partners.

Ardie Savea shows his versatility by moving into the Number 8 shirt and the giant Vaea Fifita starts on the blindside.

Dane Coles starts at hooker as Codie Taylor takes a break after his try scoring exploits in the Super Rugby Final.

For the first time in as long as I can remember, we have a genuine contest on our hands between these two great rugby nations and one that could will be predicted by many to go either way.

Argentina at home are a frightening proposition, especially after the season that the Jaguares have had. They have won 11 of their last 13 Super Rugby matches at home and with the addition of Sanchez particularly, just makes them even stronger.

The back row will be a key area in deciding which way the result will go and that’s what makes the match so hard to predict.

The thought of Matera v Fifita, Kremer v Cane and Desio v Savea will leave any rugby fan drooling before the match has even kicked off.

The bench is where the Argentinians do have one area that they are superior however. Their replacements are vastly more experienced and for once, we may actually see them, not their opponents, growing in power as the game approaches it’s final quarter.

Other than that, this game is so tightly matched and I have changed my mind on more than one occasion on who will be victorious.

The game should be open and full of tries but also extremely physical. There will be times that Argentina will try and keep it tight to take the sting out of the New Zealand attack but I think that this game will be won or lost on one moment of genius or one player doing something special to separate the sides.

If that is the case then it is the Men in Black that have more of those game breakers in their ranks and purely for that, I think that they will just sneak a victory here.