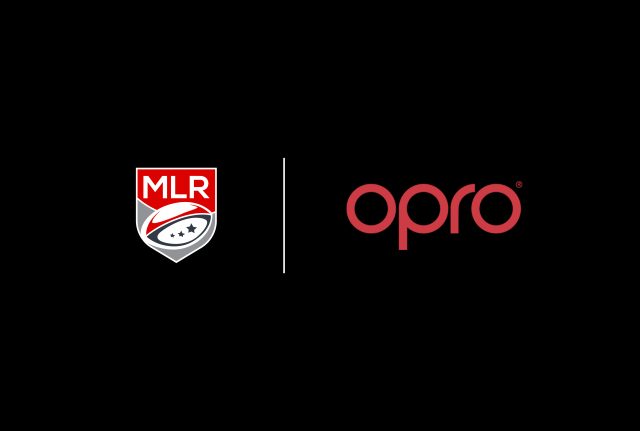 Recognised as the world’s leading mouthguard brand, OPRO has longstanding partnerships with over 80+ world class sporting associations and supplies thousands of elite athletes with sports mouthguards each year.

As the official mouthguard provider of MLR, OPRO will supply every player from each franchise with their top-level mouthguards, ensuring the very best protection for their teeth.

“Adding OPRO as the official mouthguard provider was a key element for the MLR in year three. We’re dedicated to providing the best equipment to our athletes and know that OPRO is committed to excellence in this category,” said MLR Commissioner George Killebrew.

OPRO was founded over 20 years ago with its roots firmly in the sport of rugby. The new partnership with MLR underpins OPRO’s commitment to supporting rugby in North America, alongside their official partnerships with USA Rugby, D1A Rugby, and Rugby Canada.

“We are delighted to be partnered with Major League Rugby ahead of the highly anticipated 2020 season and to be able to continue to grow our influence in America, a key market for us”, said Daniel Lovat, OPRO’s Sports Marketing Director, “as a company, we are dedicated to bringing leading technology and safety to athletes at all levels of sport and we look forward to working with Major League Rugby as they continue to help grow the game of Rugby in North America.”

Major League Rugby is a professional rugby league that is entering its third season (2020) and represents the highest level of competition in North America. The league evolved from 7 teams in 2018 to 12 teams in 2020, featuring 11 from the United States and one from Canada distributed across an Eastern and Western Conference. The competition follows a league plus knockout format where teams play 16 regular season matches for a chance to advance to the playoffs. Matches are broadcast on CBS Sports Network, Facebook Live (for international viewers) and on different platforms in each local market.  MLR prides itself on its incredible athletes, the passionate community behind them, and its strong values of Respect, Inclusivity, and Tradition.