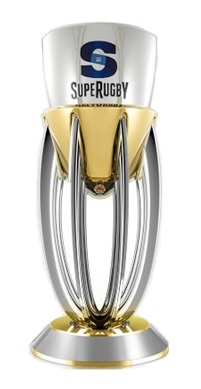 It all started so well for the Lions on Saturday evening in Christchurch. Their tempo was good and a clean break from Ruan Combrinck after 4 minutes almost lead to an opening score but not converting that opportunity proved to be the most pivotal moment of the first quarter.

The winger was hauled down 5 metres from the line as his support runners failed to keep up with him to capitalise and although the men from Johannesburg kept beating at the door, the Crusaders never opened that door even an inch to give them the chink of light they were seeking as they suffocated attack after attack.

The biggest body blow that was evident early on though was that the Crusaders had out thought their opponents at the set-piece before they had even stepped foot on the field. The lineout and subsequent rolling maul that has been a trademark of Lions rugby this season was nullified and subsequently destroyed.

The home team were so well organised that they were attacking every lineout in the air and then promptly as soon as it hit the deck. They were the ones driving the men in White and Red back for a change and no momentum could be gained by the visitors.

Then the first sucker punch was delivered. After all of the possession and territory that the visitors had been enjoying the Crusaders, on their first meaningful visit to the red zone, surgically constructed a try in the far corner for Seta Tamanivalu. Richie Mo’unga slotting the conversion with Robin Hood-like accuracy. A trend he continued for the rest of the match as he racked up an impressive 17 points.

This was a frustrating period for the Lions as they continued to dominate possession and territory but unfortunately with no reward.

As a team they stuck at the task in hand but for the next 20 minutes Elton Jantjies unravelled and seemingly ran out of ideas.

The first incident was quite unusual as the ball trickled towards the Lions try line. The ball never actually crossed the whitewash but the travelling fly half picked it up and dotted down thinking he was about to re-start from the 22 metre line but instead conceded a 5 yard scrum and ultimately an easy penalty for Mo’unga to stretch the lead.

Jantjies and the Lions best bet at this stage was to hang in and keep doing what they were doing in the hope that their opponents defensive structure might crack. They were keeping possession and gaining penalties a plenty but instead Jantjies changed all of that and in essence put the game of the Lions reach.

He started kicking possession away and often quite aimlessly. 5 minutes before half time he put an up and under into the air in midfield and Mo’unga was safely underneath it to then break the line, sear through a gap and almost set up Jack Goodhue for the score. He was pulled down just short but quick ball was delivered and Ryan Crotty dived over to put the gloss on an almost perfect first half performance.

If I were Swys de Bruin I would post his number 10 a copy of the Crusaders number 10’s second half performance for educational reasons.

Mo’unga, who was later named man of the match, was nothing short of exemplary. He controlled the match with utmost guile and precision. The one capped All Black attacked in the right areas of the field and he kicked cleverly when his forwards were in need of seeing the ball fly over their heads in the right direction to have a break.

His running game is what sets him apart from most fly-halves though. His eye for a gap and an offload means that he and his troops are always on the front foot and that more than one defender is going to be sucked in when he has ball in hand.

Mitchell Drummond’s try on 60 minutes was the perfect example of this. Mo’unga used big runners like Tamanivalu and Kieran Read up the middle of the field to bust some holes and then as dummy runners to feed Matt Todd on an angle who in turn fed Drummond to go under the posts. It summed up not only this performance but the Crusaders attacking season. Precise and clinical.

The Lions and Jantjies, to their credit, never caved in and on more than one occasion looked to shift the momentum back in their favour. Jantjies himself was a millimetre short of a try and there was more than one refereeing decision that didn’t swing their way.

One pivotal moment was when Jantjies was trying to score the aforementioned try. David Havili took a swipe with his foot at the ball as the Lions fly-half was reaching for the line and by the letter of the law that is a penalty try. Neither the referee or TMO picked up on it even though they went to the big screen to look at the grounding.

They can feel hard done by some of these decisions that didn’t go their way but you always felt that when they stepped up a gear the Canterbury outfit would have found another gear that would have been smoother than theirs.

Jantjies will no doubt take a lot of flack for his performance as his big match temperament is thrown in to question yet again but in reality this was the Richie Mo’unga show as the Crusaders notched up their unprecedented 9th Super Rugby title.