Last year, we at Scrum5ive started looking into the issue of mental health within the rugby family, with the theory that although the RPA do a fantastic job with professional rugby players during and post their careers ending, other factions of the family were being overlooked.

We manged to get local rugby players, former professional players and even former Premiership Referee, David Rose, to tell their stories.

From grassroots to the elite level of the game, the reasons for ex players struggling was the same. The outlet from their normal life on a Saturday, the camaraderie, the smell of deep heat and the brotherhood that you can only find from within a rugby club was gone and it left bigger holes in their minds than they could have ever imagined.

The response was overwhelming as our ‘At the Bottom of a Ruck’ study was starting to open up more conversations around the challenges of mental health.

One story in particular has inspired a change in the way his rugby club now views their members mental health.

Mark Daniel’s story from Nailsea and Backwell RFC in Bristol gave fellow club members confidence to also admit they too were struggling and now they have created an active mental health group called Men’s Talk. 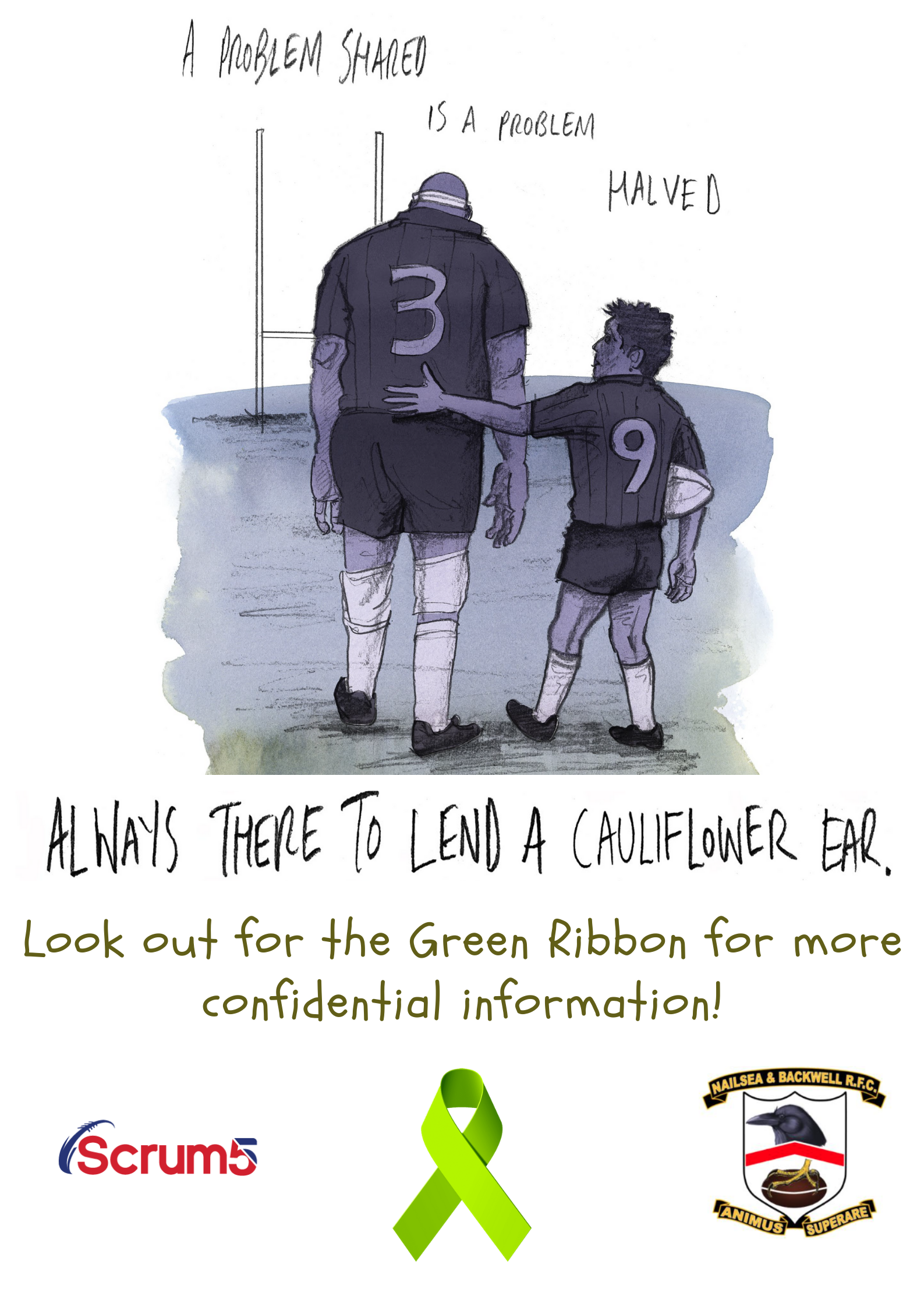 Chairman Dave Hudson has become the driving force behind the group and commented:

So having taken on the chairman role in July 2018, I became aware of a number of guys who not only use the club to enjoy the rugby, but appeared quite dependent on the social side of the club.

Often positioning themselves around the bar itself to maximise contact with others as they arrive.

I had discussions with my then partner that I felt there were 1 or 2 guys who appeared dependent on the club for more than rugby and she agreed. We began to discuss what could be done and began looking at men’s chat online.

Not long after this I was approached by one of the guys from the club who wanted to discuss with me the fact that he was going through a hard time and was currently seeking help.

He also explained that he had approached one or two others at the club who were experiencing similar issues and he felt we, as a club, should offer something.

As you can imagine I welcomed this opportunity with open arms and thanked this individual for being brave enough to share and involve me.

The search for Men chat online found Neil Harris who helps out at the Tobacco Factory in Bristol.

Once I started to talk to others regarding a Men’s Talk evening, it was warmly received and we had our group of individuals willing to get together and be prepared to listen to others.

I also sought advice from one of our youth player parents who is an expert in the field of mental health. He put me onto the Charlie Waller organisation and their online guided advice, which I found useful and shared with the rest if the group.

Neil was invited along to our second meeting and has been a willing volunteer, even though this is his occupation.

We are growing in confidence that we can all make a difference just by being available.

The representatives of the group have even gone as far as to create posters to post on social media and in the clubhouse, whilst they will also start wearing t-shirts with the Green Mental Health Awareness Ribbon on so that if people want to join then they know who to go to for more information.