Royal Falcon Scotch Whisky in association with Darts South Africa presents: The Royal Falcon Darts Invitational. Three qualifying rounds taking place on the 31st July & 1st August, the 28th & 29th August and the 25th & 26th September at the Rooikrans Recreation Centre in Grassy Park with a Grand Final in November at the Onomo, Inn on the Square Hotel where an eye watering R50 000, winner takes all, Prize is up for grabs.

“This is exactly what darts needs, we are delighted about partnering with Royal Falcon Whisky and believe this can become an annual fixture on the darts calendar. The response from our members has been overwhelming and we are excited to kick start such a fresh idea.” – Graham Stark – President Darts SA

The invitational format is open to all registered Darts SA players nationally, but will take place in the Western Cape. The Rooikrans Recreation Centre in Grassy Park will play host to the qualification rounds with the final taking place in Cape Town at the newly refurbished ONOMO Hotel on Green Market Square which promises a high-profile event where the best will compete against the best. The final will be live streamed through the Royal Falcon Website and Social Media Channels.

This event is aimed at becoming an annual fixture on the South African Darts calendar. A flag ship event with a format and a significant winner takes all prize to generate excitement and player engagement. The pilot takes place I the Western Cape, but plans are afoot to take the and to different parts of the country as a national darts staple.

“Our plan is to elevate the sport and turn the Royal Falcon Invitational into a broadcast property, we see Darts as a sport that has loads of potential and a clear brand fit, we look forward to an ongoing and enduring partnership and building brand awareness through this strategic sponsorship” – Jeremy Bean Fixer Marketing  (Royal Falcon Whisky Marketing Agency)

And stand your chance to be the Inaugural Royal Falcon Champion and Chairman of the board!

We’ll see you at the oche. 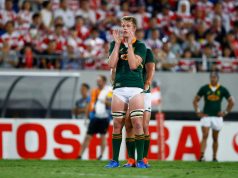 Rugby World Cup – Predicting the Team of the Tournament

Boks Need to Back up All Black Beating