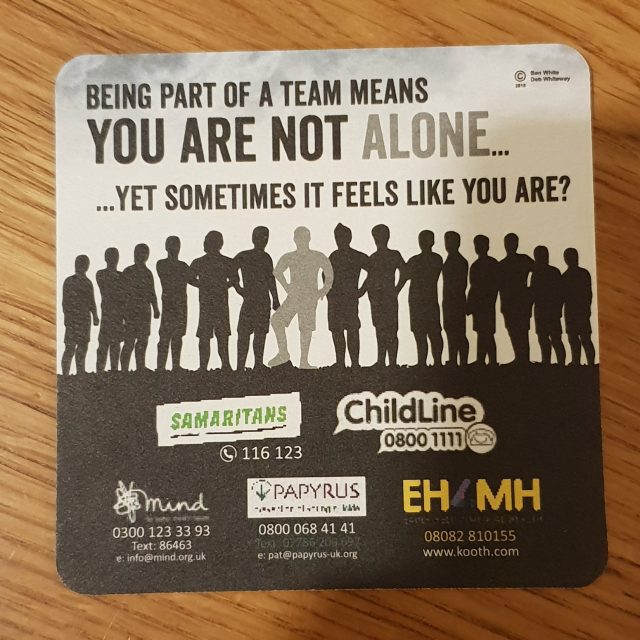 Cullompton RFC are a rugby club based in Mid Devon, England and who play in the South West Divisions.

After hearing of a local player from another local club had taken his own life at just the age of 21, Deb Whiteway the Junior Chairman of the club, and her fellow club members wanted to support local players and clubs with regards to mental health and raise awareness.

The ‘You Are Not Alone’ campaign was born and even though future tragedy was to follow, almost exactly a year ago today, Deb and her team are determined to make their voices heard countrywide.

I was sent a picture of one of their initiatives, which I will let Deb explain in her own words, but instantly I saw the synergy between what Cullompton RFC and our very own ‘At the Bottom of a Ruck’ Study are trying to achieve.

Deb has kindly shared with us some background on the ‘You Are Not Alone’ Campaign: 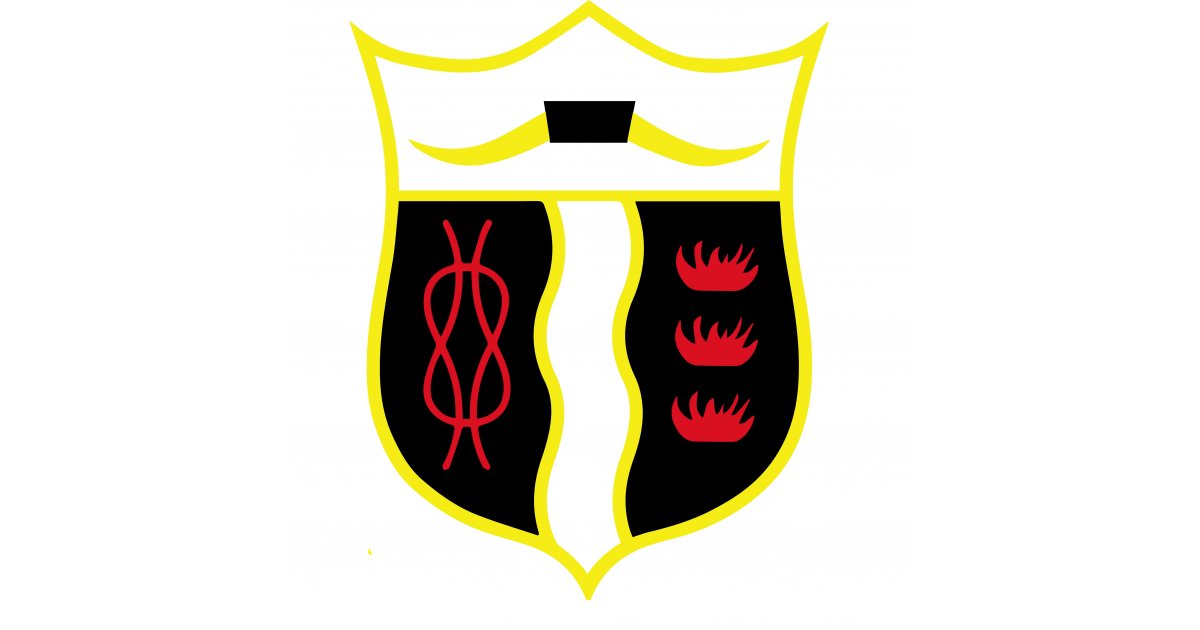 Allow me to give a bit of background to our story. Cullompton rugby club are located in Mid Devon and provide both senior players and juniors a chance to take part in rugby. We have some 350 members which includes both male and female players.

Our story began in November 2017 when as a rugby club, we learnt a local player had taken his own life at just 21 years of age.

As a fellow rugby club, we decided we would look into just what support was available for our players and also the wider rugby community.

Sadly, we discovered there was no support offered by our governing body apart from the ‘Lift the Weight’ campaign, which is only set up for professional players and left grass roots clubs flailing.

So the project commenced and like any good project, efforts went into researching and collating the relevant information, with an aim of creating an image suitable to place in our clubs dressing rooms so all the players could access it. Bearing in mind we had an array of player ages accessing the dressing rooms, it had to cover all ages and both sexes. An image for all needed creating.

The image you see in the poster today was born from a discussion with a graphic designer who agreed to put our vision into life.

Roll forward to February 2018 and our campaign took on a far more pressing and poignant role.

A role we never wanted but felt we must now deliver on.

February 1st 2018 was a day that we never want repeated.

Cullompton lost one of its own.

A 14 year old, Paddy, was lost to suicide. Our whole rugby and wider community was shocked to it’s core. In the days that  followed, with remembrance silences and of course the funeral, the poster became so important to get published. Indeed, as the project lead, it became my obsession and drove me on with determination more so than ever.

The original vision had been to achieve getting the poster being placed in our club house and it’s changing rooms but this quickly became inadequate as far as I was concerned.

March 2018 saw the draft version being added to the agenda of a Devon RFU’s meeting. We remain indebted to Devon and in particular it’s then chairman Mark Goodman for investing in the publication of 5000 posters which would be rolled out to all of the rugby clubs in the county.

Paddy’s parents were kept informed all the way and Indeed allowed their story to be told in an attempt to stop anyone else having to live through their experience.

The poster campaign then went through a surge of publicity which saw  Jersey, Surrey, Torquay, Somerset, Kettering and Gloucestershire rugby clubs all requesting the right to use the poster.

Nigel Owens, the famous International referee, saw fit to add the poster to his Instagram page, showing his obvious support for the campaign.

Monies were attracted to the project with the aim of getting the message spread as far and wide as we possibly could.

January 2019 saw the production of 1000 beer mats which we hope will pop up in a variety of places both locally and nationwide.

On the horizon for the future are plans for a video to raise the profile.

Let’s hope our campaign goes some way to try and prevent any more losses like this.

1,000 of these beer mats cost just £108. Just one box at your Rugby Club could mean one man, woman or child picks up a phone and phones for help.Deb Whiteway, Junior Chairman at Cullompton Rugby Club.

If you would like any further information on the campaign, how you can get involved or even donate then please contact Deb on:

2018 World Rugby Hall of Fame Inductees – Who Are They?

Mapimpi and Kolbe ease Springboks to Warm Up Victory