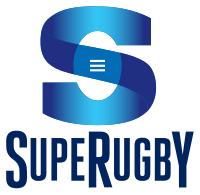 Attendances are low, public interest is dwindling and the long slog of the Super Rugby season has taken its toll on many a team as the air miles are racked up quicker than another Barrett becoming an All Black meaning that Super Rugby is looking more and more likely to fracture in the near future, leaving the franchise lead competition moving into an uncertain era.

As sure as night follows day, there is a New Zealand based franchise in the final as usual.  The last time there wasn’t was in 2010 when the competition was still known as Super 14. That’s down to nothing but them being the best country in the competition but it does make the tournament less exciting for onlookers.

The other bone of contention for discussion is the consistency of the teams after they have travelled through time zones or simply to the country next door to them. Since 2015, excluding finals, there have been 22 knock out matches and just 8 have been won by the away team. Only 6 of these have come from teams that have travelled to a different country. There was not an away victory in the knock out phases at all this year.  The predictable nature of competition that this produces certainly does entice even the most fervent of fans to part with their money at the gate.

The perfect example of the effect of this was last week’s semi-final in a half empty stadium in Johannesburg. The Waratahs started with a bang and raced into a lead but, without making excuses for them, the hard-fought comeback victory the week before, followed by a 24-hour flight fuelled with jet lag is probably not the best preparation for them to then play at altitude and the effects of that soon showed.

The legs went, the breathing got heavier and the Lions superior rest period took over. Their rolling maul especially sapped an immense amount of energy and confidence out of the Sydney outfit’s legs. The second period they were outscored 25 to 7 and their try came late on as a mere consolation.

In the aftermath of last weeks semi-final, the Waratahs Head Coach, Darryl Gibson was quoted in the Sydney Morning Herald as saying:

“I will only echo what most coaches are saying,”

“We haven’t got the competition right in terms of its format and we need to do something to make it more exciting for all countries that are participating in Super Rugby.

“Going back to a round-robin format where everyone plays each other is certainly one way we can achieve that.”

The 3 quarter finals results where the away team travelled to a different country would also add weight to this argument because they were all won by the home side at an average of 18 points.

Let’s also remember that the vast majority of these players have also played in a high octane 3 test series against Northern Hemisphere opposition just before the knock pout stages.

The Lions have now travelled South to face the overwhelming favourites for the competition in the Crusaders at their home ground in Christchurch.  This is the third year running that the Lions have reached the final and this will be a repeat of last years final in Johannesburg which saw the Crusaders run out winners as well.

Everything tells us this will be a walk over for the men in Red and Black and if that does happen the call for a change in format from the wider voices in SANZAAR will be heard but more worryingly, the voices inside the SARU may start to talk about breaking away into Europe as the Southern Kings and Cheetahs already have.

In an extensive interview with The Rugby Paper in July Schalk Burger has called for the South African Franchises to all move North as well.

“Something has to change in South Africa. We don’t know how the future of Sanzaar is going to look but it’s got to make more sense for South African teams to play up north.

Argentina, USA and Canada should join forces to develop a competition there and then New Zealand, Australia, Japan and the Polynesian Islands can develop a high-class competition of their own. I know it’s tricky because South Africa is traditionally linked with Sanzaar, but when I started out Super 12 was the best competition ever – short, intense and with the best players.

Now, however, we’ve lost our magic and with Super Rugby expanding we’ve pretty much lost the Currie Cup in South Africa, which used to have massive importance. We’ve lost the plot and people aren’t watching Super Rugby in big numbers any more, which is why we must come north.”

The idea behind the format this year was to create more local derbies which also seems to have backfired with many a coach and official voicing concerns that these matches produce too high an intensity, almost test match like so player welfare is now also an issue. You can’t seem to win either way it seems.

There are so many arguments and all of them are relevant even if they are contrary to the one that has been laid out before them but it is clear that SANZAAR are going around in circles and their best move may well be to simply scrub that circle out and start again.

Firstly though, they need the Lions to upset the odds and stop the Crusaders winning their 9th title overall, the 4th in a row by a Kiwi team and the 16th by a New Zealand franchise overall out of 23 times that Super Rugby has been active in its different guises.

The Lions need to buck the trend and silence the doubters that this is a competition that is neither fair or just for certain team otherwise it all starts to get rather boring really and no one likes to be bored whilst watching their beloved team no matter which way the result is going for them.