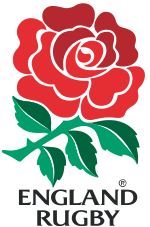 Eddie Jones named his 44 man pre-season squad yesterday and there is a strong balance of youth and experience that will meet up at the Lensbury Hotel in Teddington this week to be put through their paces under the Australian’s watchful eye.

Dylan Hartley, Jones’ long serving captain, will make a return to the squad in a bid to prove his recovery is complete from concussion protocols before the start of the season but there is no place for England’s most capped scrum half, Danny Care, who was rested for the tour of South Africa yet doesn’t make the cut after his summer sabbatical.

The youthful look of the squad comes from three players that stood out at this years U20’s Rugby World Cup as Joel Kpoku (Saracens), Jordan Olowofela (Leicester Tigers) and Gabriel Ibitoye (Harlequins) take their place in the squad.

Ibitoye especially had a scintillating campaign with the U20’s as his trademark mazy runs baffled many an international defence on his way to bagging three tries in the tournament leading to him being shortlisted for player of the tournament. Expect to a see a lot more of him in the Gallagher Premiership this season as he breaks into the first team ranks at The Stoop.

Another new face to the squad is that of South African born Michael Rhodes of Saracens. The former Lions and Stormers loose forward only qualified on residency grounds in July but he Durban born Flanker will be a fantastic line out option for England as he stands at nearly 6’ 6” but his ball carrying 114kg frame and destructive work at the breakdown has always made him a fans favourite at Allianz Park since he signed for Sarries in 2015.

The most notable name on the squad list however is that of controversial winger Chris Ashton.

He returns to the international scene for the first time since he was banished from Jones’ first squad after receiving bans for both biting and gouging.

This prompted a move to Toulon which made him exempt from being picked for the Red Rose but in hindsight it turned out to be a fantastic move.

The 31 year old broke the Top14 try scoring record with 24 in his debut season but he has since secured a move back to English domestic rugby with Sale Sharks in a bid to claim his England shirt back.

Ashton has worked hard on his perceived defensive issues that have let him down in the past as well and to add in to that he has spent most of the season for Toulon at full-back rather than the wing. His support lines are what makes him stand apart from others in attack but he is still susceptible to the odd howler at the back. A very wild slice from behind his own posts that lead to a Jonathon Joseph try against Bath in the European Champions Cup last season springs to mind.

Jones has been impressed with the progress that the former Rugby League star has made though and praised him highly at the squad announcement yesterday, describing him as an “exceptional player.”

“I think we have seen with his form at Saracens, then at Toulon, he has played exceedingly well.”

“He’s come back to England because he wants to play for England so he has got the right desire and the right attitude. It will be good to work with him,” he added.

The Australian Head Coach was on the wrong end of Ashton’s talent before the tour to South Africa as the former Northampton Saint ran in a hat-trick of tries against a sorry English defence at Twickenham.

England have had a forgetful 2018 so far, winning just three of nine test matches but this squad get together is the first step towards the November Internationals where they host South Africa, New Zealand, Japan and Australia at Twickenham just a year out from the World Cup.

Not considered for selection due to injury/fitness/other: