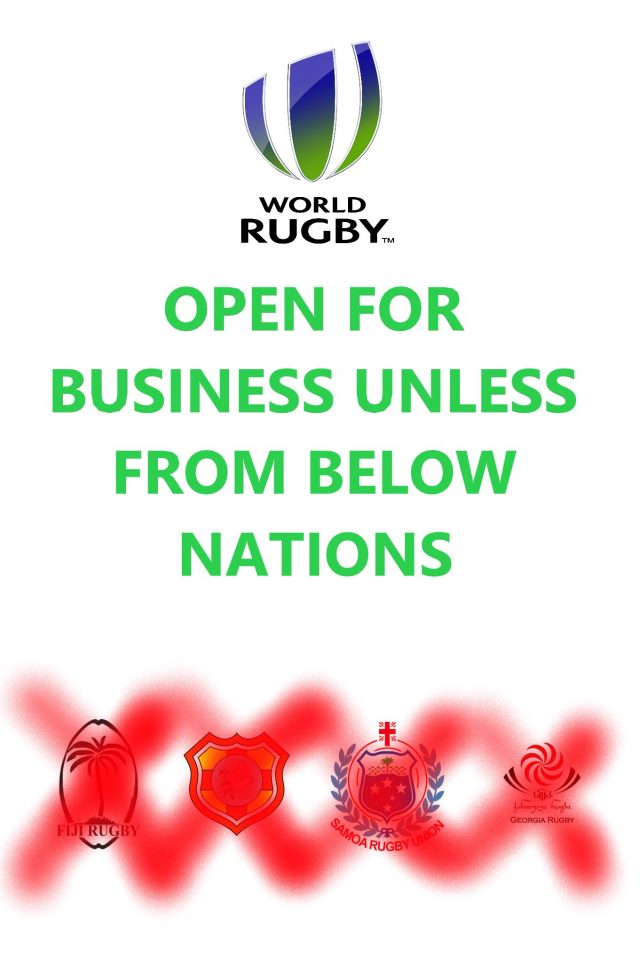 It’s hard to write a balanced opinion on the subject because nothing about the proposal is balanced in the first place.

The commercial fat cats at World Rugby are thinking with their wallets and not their rugby heads. If the competition was to go ahead in the format that has been suggested then it is nothing short of disgraceful.

Player welfare has not been considered in the slightest and what it will actually achieve, is a dilution of what we already have.

Jonny Sexton and Owen Farrell have been two of the high-profile players who have spoken out about the competition already whilst airing their genuine concern.

The ethos surrounding the tournament may mean we have a situation where a player of Sexton or Farrell’s ilk could play in a domestic final, European final and then travel south to play America, South Africa and New Zealand in consecutive weeks. It’s fairly simple what will happen here. The big-name players will refuse to go and under strength teams will be getting battered around down south.

Logistically this is just unruly. Ticket sales alone would dive bomb. England finished fifth in last year’s Six Nations so should one assume that they will get ranked for the next stages of the competition and play Japan and USA? Not exactly the commercial nous you would associate with the RFU?

Next, we have the nations that have been left out in the cold. Nations that rank higher than some of the 12 that are due to be included.

The Pacific Island teams and Georgia for instance. What exactly are they playing for now? Nothing is the answer.

They would no longer be able to fund their game in the way that they do know because they rely heavily on the income that comes with a big November international at Twickenham, The Principality Stadium or the Stade de France.

Fiji beat France in the latter of those stadiums last season and sit ninth in the world rankings. The USA are currently 13th and Italy are 15th.

It doesn’t take a rocket scientist to know why this decision has been made. Money!

It’s crass and abrupt of me to say it but commercially the States is a vastly more attractive commercial proposition than Fiji or Georgia despite both nations sitting in the top 12 ranked teams currently.

Japan are hosting a World Cup and the benefits of piggy backing off that success is a no brainer. They also sit in the top 12 and they have the infrastructure to grow the game substantially.

That’s the present day covered but what about tipping our cap to the past. The Pacific Island Nations are so important to World Rugby. They bring excitement to the game and get people off their feet. Hard hitters, powerful and skilful. The player’s make you want to watch rugby in its purest form. Watching the USA get pumped week in, week out by New Zealand or South Africa is not the spectacle we as fans want to see.

SANZAAR have already ruled out a chance for the Pacific Islanders to form a Super Rugby Franchise so it leaves them exposed to player’s leaving and signing big contracts abroad, waiting out their residency regulations and playing for a foreign land. If you move at 18 and play internationally at 23 you still have the potential to lead a long and prosperous international career abroad, thus opening up a chasmic gap between the nations ability to compete at the highest level.

Agustin Pichot , World Rugby’s Vice-President and former Argentina international, has said that he wants to see a promotion/relegation system introduced to give the teams not deemed worthy of taking a place at the top table from the off something to still play for.

I think that will fall on deaf ears though as this is a business decision and not a rugby decision. The former Argentina scrum-half will do well to remind his colleagues that without the November Internationals and Summer Tours then Argentina probably wouldn’t be the powerhouse they are today.

Los Pumas used to be the ‘unattractive’ visiting nation to the Northern Hemisphere in the late 90’s and early turn of the century. The game you could get tickets for easily. What it did was help promote the game back in Argentina, got more people interested and ultimately grow the game and quality of rugby they were playinig.

The Argentinian National side now play in The Rugby Championship and the union also have a franchise in Super Rugby. Impressive for a football fanatical nation but all of this would never have happened had they not had the exposure to high level rugby year in, year out.

A league such as this would also devalue the World Cup. With what is being suggested, there will be a ‘World Champion’ every year so what happens to the kudos of being crowned number one in World Rugby at their show piece event every four years?

If you are a Pacific Nation then you may be asking why should we bother competing? You don’t want us for three years in a row so why now? Oh to make money…….of course.

Theories are being bandied around about the success of the Euro Nations Football success this year. I have been to friendlies at Wembley and I have to say, without sounding like a spoilt brat, I would have been better staying at home and watching the wife’s soap operas.

Football friendlies needed a competitive edge adding to it but test rugby doesn’t.

‘I’ve got a ticket to Wales v New Zealand on Saturday if you fancy it?’

‘No thanks mate, I can’t stand these friendlies!’

That’s because we don’t do friendlies in rugby. They are test matches and each one is as competitive as the last. They are one off events that capture the imagination of the people.

Finally, what happens to the British and Irish Lions in all of this? It scares me to even think of a world where The Lions doesn’t exist so I don’t want to dwell on this point but, it would literally rip my heart in two. I can’t say it any other way.

A global rugby calendar is on its way but even that will be tricky to keep everyone happy. That concept should be trialled first however before over hauling a system that merely needs tweaking.

The league, in the model that was suggested yesterday, won’t stick. The players will revolt and point blank refuse it but that doesn’t mean that World Rugby will back down for one second. Amendments will be made but my worry is that those amendments will still suit the directors and CEO’s of rugby organisations.

Throw Back Thursday – All Black and Cullen Magic