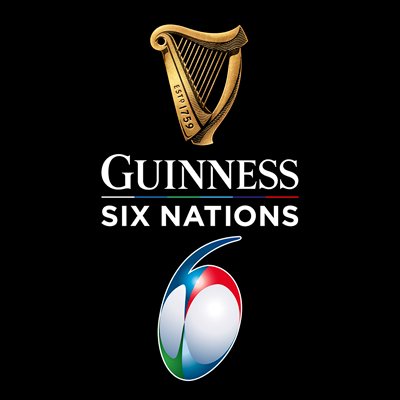 All of the best players in World Rugby go through rough patches with regards to their form but the way that Johnny Sexton is dealing with it right now is at the detriment to the rest of his team.

Beauden Barrett is the perfect example of how to deal with the pressure of being the World Player of the year. His form has dipped a few times in the last two seasons and especially his goal-kicking. He has taken some horrendous keyboard warrior treatment but he looks back to his scary best with the Hurricanes so far this season as well as kicking his goals with a high percentage of success. The Wellington star kept his head down, worked hard and ultimately never let anyone down.

Sexton lost his head on Saturday and it isn’t the first time this Six Nations. In Italy, earlier in the tournament, he stormed off the field effing and blinding at his team mates as well.

Going into a World Cup you need all of your senior players in the right mindset and able to lead by example.

There is no doubting Sexton’s ability as a player but Joe Schmidt may be forced into looking closer at Joey Carbery once he returns from injury.

No one came close to the consistency of the Welsh Dragons in the five rounds of this year’s tournament but I fear that playing away from the comfort of the Principality Stadium for a long period of time will be their undoing.

Before you throw stats at me of 6 of the 14 wins being away from home, I know they were but against better teams Wales would have been put to the sword.

France were battering them at half time and Wales should be credited for an impressive comeback but any Southern Hemisphere team would not allow that. Italy was a turgid affair and Scotland had them on the rack for 40 minutes in Murrayfield.

A great habit to have in winning ugly but there’s only so long until bad starts or hanging on can last.

Wales will go far in the World Cup and I think they will even top their group but when it comes to the knock out stages, in the big games, they will be cruelly exposed.

The reliance on the atmosphere at home (note the uproar of the roof being opened for any evidence) also counts against them.

The ironic thing is that Wales probably have the players to threaten at the World Cup, I just don’t think they are ready.

THERE’S A REASON THAT GREGOR TOWNSEND HAS NO HAIR

What are we to do with Scotland?

The first half was nothing but a training match for England at Twickenham as an injury ravaged Scotland looked like they felt sorry for themselves on Saturday.

Gregor Townsend and his coaching team were apoplectic in the coaching booth whilst the men in blue shipped try after try as England scored at a point a minute.

We do have to note that England were appalling in the second half but Finn Russell and his comrades came out of the changing rooms with all guns blazing. They played the brand of rugby that destroyed England last year at Murrayfield. Easing through gaps after winning the battle at the breakdown.

They overturned the biggest deficit in International rugby history in a performance that would have rid Twickenham sized demons from the last 36 years but alas, they punched themselves out of the contest and from the jaws of victory they drew with the last swing of George Ford’s right boot.

Townsend has either slept for the last 48 hours straight through exhaustion or hasn’t slept a wink yet as he tries to analyse what actually happened on Saturday evening in West London.

Let there be no doubt that Eddie Jones is still one of the best coaches in World Rugby but it is time for him to stop giving ammunition and motivation to opposing sides before matches.

I wrote an article in June last year about his constant mouthing off and how when you’re winning it’s all well and good but he seems to be the constant subject of every press conference at the moment.

Warren Gatland was preparing for a Grand Slam match this week yet had to field questions about Jones and comments he had made. Gatland laughed it off of course but he must be bored of it now.

The Aussie loud mouth has had a pop at everyone recently.

Whole teams and individuals are all fair game for the ex-Wallaby Head Coach to attack but when your team are giving up 31-point leads and your blaming mental scars from four years ago, maybe it’s time to finally keep all the chat within the family home and keep your opinions to yourself.

Just for reference, I haven’t mentioned Owen Farrell losing his head on Saturday because you can just read the Sexton piece of this article and place Farrell’s name in there.

AWJ MAY BE ABOUT TO GET A STATUE AT THE PRINCIPALITY

When Sam Warburton retired, Wales lost a true leader, warrior and captain but was there any doubt that Alun Wyn Jones would step up to the plate and grab the opportunity with both hands?

Player of the tournament by a country mile in my opinion.

The Osprey’s constant chat to the ref, pointing and appealing to is a bit annoying to watch but if he was your captain then you would absolutely love him for it.

He’s the captain so therefore he’s allowed to do it.

Past that, he is just a genuinely fantastic rugby player. A lineout master tactician and his disrupting of a maul is nothing short of genius. How his frame goes unnoticed as he crawls through the middle of these mauls is beyond me but it’s fully legal and fully brilliant in equal measure.

The second-row’s relationship with Warren Gatland looks watertight as well and the mutual respect between the two of them shines through in press conferences.

Anyone would go into battle with the giant and you can’t really blame Jonathan Davies for telling him that he loves him on the field after clinching the slam.

Yet again, the Six Nations delivers a cracking tournament that went down to the final day. Even though the England v Scotland match was (on paper only) a dead rubber, it still served up a classic encounter that will be remembered for decades.

There’s been controversy around a roof, Eddie Jones’ comments and whether Italy should even be in the Championship but the rugby has been top quality and to a man these players never took a backwards step.

There has been an ugly side this year though.

I’ve never witnessed so much hatred and abuse fired across Social Media platforms and it hurts me to see it. This is not why I started playing the game, in fact it was the complete opposite as this never used to be a part of it.

This is Rugby, not Football. Leave the hate at home please.

Some of the comments and memes that have been created are vile, full of vitriol and dare I say it, racist.

There’s no place for it in rugby but seeing a 45-year-old men saying they ‘hate’ another country and it’s people or wishing injuries and worse on individuals is sickening.

One of the great things about this wonderful tournament is that the competition is fierce but fair. We all have sides that we want to beat more than others but rugby is just a game. A game we all love just as much as the next man or woman but let’s not allow it to descend into anything more puerile than that.

Congratulations to Wales and their supporters on bcoming Champions. It hurts me to say that as a proud supporter of England but it really wasn’t that hard to do because they deserve it and as a rugby family we all know that it is the respectful thing to do. Worthy Champions of a note-worthy championship.