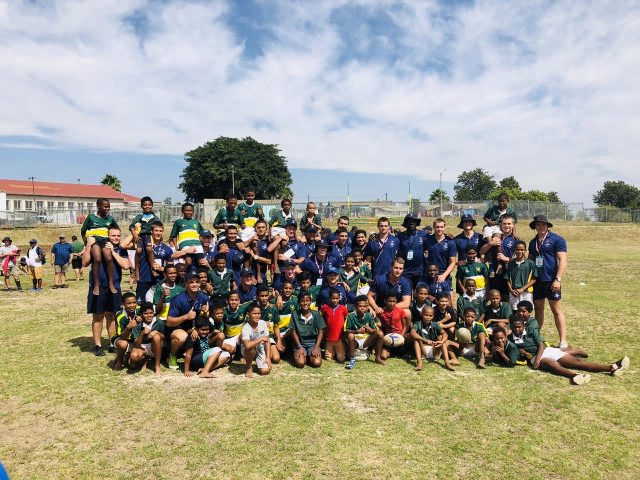 With Thursday being a rest day at the World Schools Festival, teams competing at the tournament took the opportunity to explore the area as they took in the sights and sounds of the Western Cape.

In accordance with the festival’s “Spirit of Rugby” theme, players and staff from New Zealand schools John McGlashan College and Napier Boys’ High School, Cape Town-based SACS and the Africa Pacific Dragons travelled to Wellington to visit the Cornal Hendricks Foundation, a non-profit entity founded in 2014 and spearheaded by the Springbok winger after which it is named.

The Foundation supports causes aimed at combatting social ills within the Drakenstein region and surrounding areas, and players from the schools were given a tour of some of the projects they are involved in, before assisting with a training session. 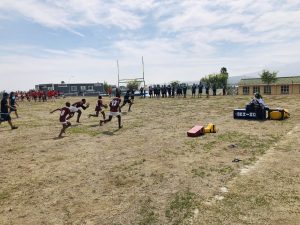 “It was an eye-opening experience,” said Charles Keenan, head boy and first XV member of John McGlashan. “The Cornal Hendricks Foundation is really working hard to break the cycle of what can be perceived as poor living standards in the small community towns. What they are doing is great as it encourages kids to have hopes and dream big. To share our New Zealand skills with them, and to perform the Haka was just unforgettable.”

While Wellington is less than 100 kilometres from SACS’ school grounds, it’s a world apart in terms of conditions that the players experience on a daily basis, as head coach Nicholas Maurer admitted. “We come from a privileged background, and to go out there and contribute in a small way was special”

Maurer said that the trip was most definitely worthwhile.

“It’s about growing our boys from a holistic point of view. Making them better people, which is the whole point of rugby.”

Members of English side Hartpury College took the time off to spend the day in Cape Town, which was recently voted the world’s best city by readers of British publication the Telegraph.

“The boys went up Table Mountain and they thoroughly enjoyed it. It’s been a truly great day as this city is spectacular,” said Hartpury’s head coach Wayne Thompson.

“We also popped into the Stellenbosch Academy of Sport, and that inspired the guys ahead of what promises to be a brutal battle against Paarl Gimnasium.”

That match is the final game of matchday three, which kicks off with a clash between the Western Province Invitational outfit and the Zambezi Steelers from Zimbabwe.