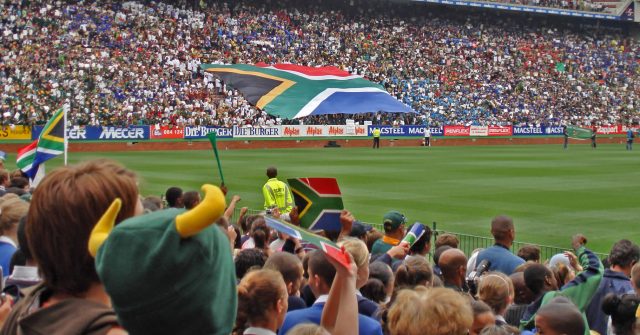 When trawling through social media posts on Friday night and Saturday morning I couldn’t find too many people that genuinely believed South Africa could go to the infamous ‘Cake Tin’ in Wellington and come away with a positive result. 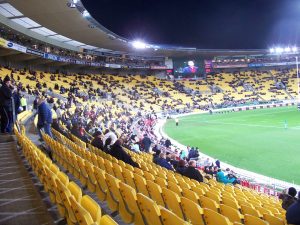 I’ll put myself in that group as well. I never believed that they would roll over and have their bellies tickled as they did last year but judging purely on the last two matches they had played against Australia and Argentina, there wasn’t looking like much hope for glory either.

The South African public were baying for blood and this squad knew it. The talk about the right type of players and whether they were picked on merit had again reared its ugly head after dissipating following the England series.

Siya Kolisi was being questioned about not only his leadership but also his place in the side. The squad and their inspirational captain will not have been oblivious to this talk and nor would have Rassie Erasmus.

The Head Coach had the spotlight firmly pointed at his head and behind that light a few people were holding a metaphorical trigger ready to squeeze it at any moment.

If you wanted a match to arrive that may end up dictating your long-term future it wouldn’t, for most of us anyway, be the All Blacks in their own back yard.

I have no doubt that there has been some serious soul searching within the travelling Bok group over the past few weeks but all of that has been kept behind closed doors. It appears all the negative noise from outside was secretly being transformed into positive energy on the inside.

There were inspirational figures all over the pitch on Saturday but none more so than Pieter-Steph du Toit. 28 huge tackles and at every breakdown. The number seven shirt felt like it had been stuck on the screen by one of my mischievous children. It never left our sight.

Here is a man that has had to be patient over the years and been viewed as a utility player. Although being branded as someone useful all over the park is flattering and makes you more desirable as a squad player it doesn’t necessarily make you happy.

Du Toit’s best position has always been on the blindside of the back row but so often he has been used to plug gaps in the second row for province and country. He needs to stand firm with his coaches now, tell them that this is his favoured position and all other pretenders need to come and take that well deserved shirt off him.

Aphiwe Dyanti is another that has come of age since his debut in June. So often you see wingers come and go because they are extremely pacey but don’t have that work ethic or rugby brain to do anything other than burn people for speed in open space.

Dyanti’s finish for his first try was the perfect example of why he will be around for a long time to come. A flashier winger may have gone for the perfect camera shot leaping into the corner but not for the young Lions winger. He used his pace to get around to within an inch of the dead-ball line before stepping the hapless Beauden Barrett to dot down under the posts and ensure all seven points. Add in his subtle kicks and chasing along with a marked improvement in his patience in defence and we could be looking at a new superstar of Southern Hemisphere and World rugby.

There is a saying that reverberates sport though and it perfectly sums up the situation that Dyanti and his team mates need to be wary of.

“Getting to the top is easy, staying there is the hard part”

The Boks may not be at the top of Everest right now but they certainly scaled a mountain the size of Kilimanjaro on Saturday.
Now it is down to them to stay there.

They must back this win up or it will just remain as a DVD memory on the shelf gathering dust for years to come.

The public will expect results now and were probably already throwing large figures around, after the 8th celebratory beverage of the weekend, of how many the Wallabies were going to get abused by in two weeks’ time.

Their next opponents in Port Elizabeth were nothing short of pathetic at the weekend against Argentina and are ripe to take a hammering when they travel west to play the men in green but the job still needs to be done. The Aussies, like the South Africans, have the ability to pull out a big performance just at the right time so respect will need to be shown throughout. That is only the first job that needs dealing with.

Then there will be the All Black revenge mission at Loftus Versfeld.

All of New Zealand’s guns will be blazing because in their camp they won’t quite believe how they lost the match at the weekend aside from the obvious missed kicks at goal.

Possession, territory, tries and any other stat for that matter favoured them vastly. They had to make a fifth of the tackles that their opponents did and only actually made a handful more than Du Toit managed as a whole team.

Barrett’s woeful goal kicking percentage ultimately cost them dearly and you could say that South Africa were lucky on the day and that if he had kicked them then they would have lost.

You’d be right to say that but whilst it is a part of the sport that needs to be executed by an individual there is a team full of experienced heads, a captain and a coaching staff that also didn’t make the decision to change their kicker.

It cost Steve Hansen and his charges against the British and Irish Lions last year and unfortunately for them it is a case of once bitten and twice shy. The blame can not just be placed at Barrett’s unreliable feet but also at the team and squad as a whole.

The South African squad need to realise that despite their monumental efforts that led to a fully deserved victory, it came with some large slices of luck along the way.

If anyone can keep a squad grounded then it is Erasmus and when the emotion subsides and his team of analysts start digging through the footage they will see that this generation still needs to improve and introduce consistency to their game.

The good news is that this generation is still young and they have the ability and attitude to become a global force once again.

Two wins at home will certainly take them to base camp of Everest at least.

Springboks can’t Blame Anyone but Themselves for Loss to England