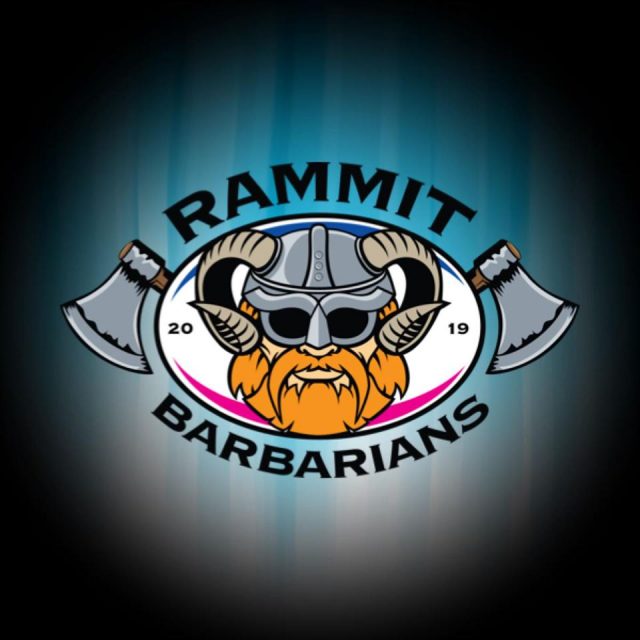 RAMMIT started as a passing mention to Barry Kavanagh as to what he would do now that his rugby playing days were over due to injury.

What would he do with his spare time after being forced out of the game through no choice of his own?

After meeting with soon to be co-founder Greg Beers, it was mentioned that Barry could start his own charity team to keep him in the rugby world and provide towards a cause that means a great deal to himself.

They had a few beers, carried on chatting and both agreed on Men’s Mental Health.

Once they had the idea, it was full steam from there. The name came easily:

Rugby Against Mens Mental Illness Together.

Being familiar with playing in various barbarians styled teams throughout their respective rugby careers, it made sense to style the team similar to that of the most famous club side in World Rugby, the Barbarians.

With contacts around the world and the UK, a small squad of keen men devoted to the cause began committing to being available should they be required and with that, the RAMMIT Barbarians were born.

The goal was simple, encourage men around the world to believe that it is okay to talk and that help is there. They knew that they could break a century old stigma and provide a better world for so many people that are suffering.

To achieve this, they decided on a strong web-based campaign to encourage men to speak out about their ills and provide frontline services with the resources they need to continue their incredible work through charitable donations.

The basic principle of the team is to enter as many tournaments as possible to generate awareness and win as much prize money to provide donations to our two partner charities Teac Tom and CALM, both amazing charities providing incredible frontline support and services to men and women in need.

Barry and Greg are both long time servants of the Hampshire & Surrey rugby scene and both are current members of Farnborough RFC.

They have brought in the additions of some long-time friends to the RAMMIT team.

Scott Mead and Glyn Jones are both veterans of rugby and the Armed Forces with long term involvement in various charity and armed forces teams.

Within this core group is a wealth of connections to players and sponsors that have helped form a foundation to accomplish the task at hand.

The next step was a little assistance with the digital side of things. A new member to the Farnborough club but who was also keen to be involved, was Chris Love-Baker.

He was approached to help offer a hand in getting the name around with a little bit of social media magic and some powerful words from the deepest parts of the team’s collective desire to change the Mental Illness stigma.

This motivated and determined group of men have managed to create a strong social media following which is growing week on week, whilst the support from some incredibly generous local businesses to sponsor the team and the RAMMIT movement is well on its way to what looks to be its first promising tournament.

Talking isn’t easy, we know that, but it should be. We can’t change things overnight but we can make the journey there a brighter one. We’re working as hard as we can to get a message spread around the world. As a team of ex-international and professional veteran rugby players from all corners of the earth, we know it can be tough, we also know that sometimes tough can’t describe it. Other times its unbearable, but in most cases its indescribable. We’re doing our part, however small – to give you a voice, and more importantly a place for that voice to be heard.

So, from all that, we hope you take away the knowledge that we are here for you, you are never alone.

If you would like to invite RAMMIT Barbarians to play in your tournament, in a charity match or to donate to them then e-mail them: info@rammitrugby.co.uk

Springboks Unchanged for All Black Opener