Leading commercial rights agency TRM today announced the completed team line-up and draw for the inaugural RugbyX tournament, to be staged at The O2 in London on 29th October 2019.

The new short-format, full contact version of rugby union was approved by World Rugby’s Executive Committee as a law trial earlier this year. The RugbyX tournament will be played on a 55m x 32m artificial grass pitch, installed on a temporary basis inside the world’s most popular music and entertainment arena.
Participating teams have been drawn from the leading international Sevens nations competing in HSBC World Rugby Sevens Series. In the Men’s tournament hosts England have been drawn with Ireland and the Barbarians in Group A. France, USA and Argentina comprise Group B. The Women’s competition features England vs France in Semi Final 1 and USA vs Ireland in Semi Final 2. 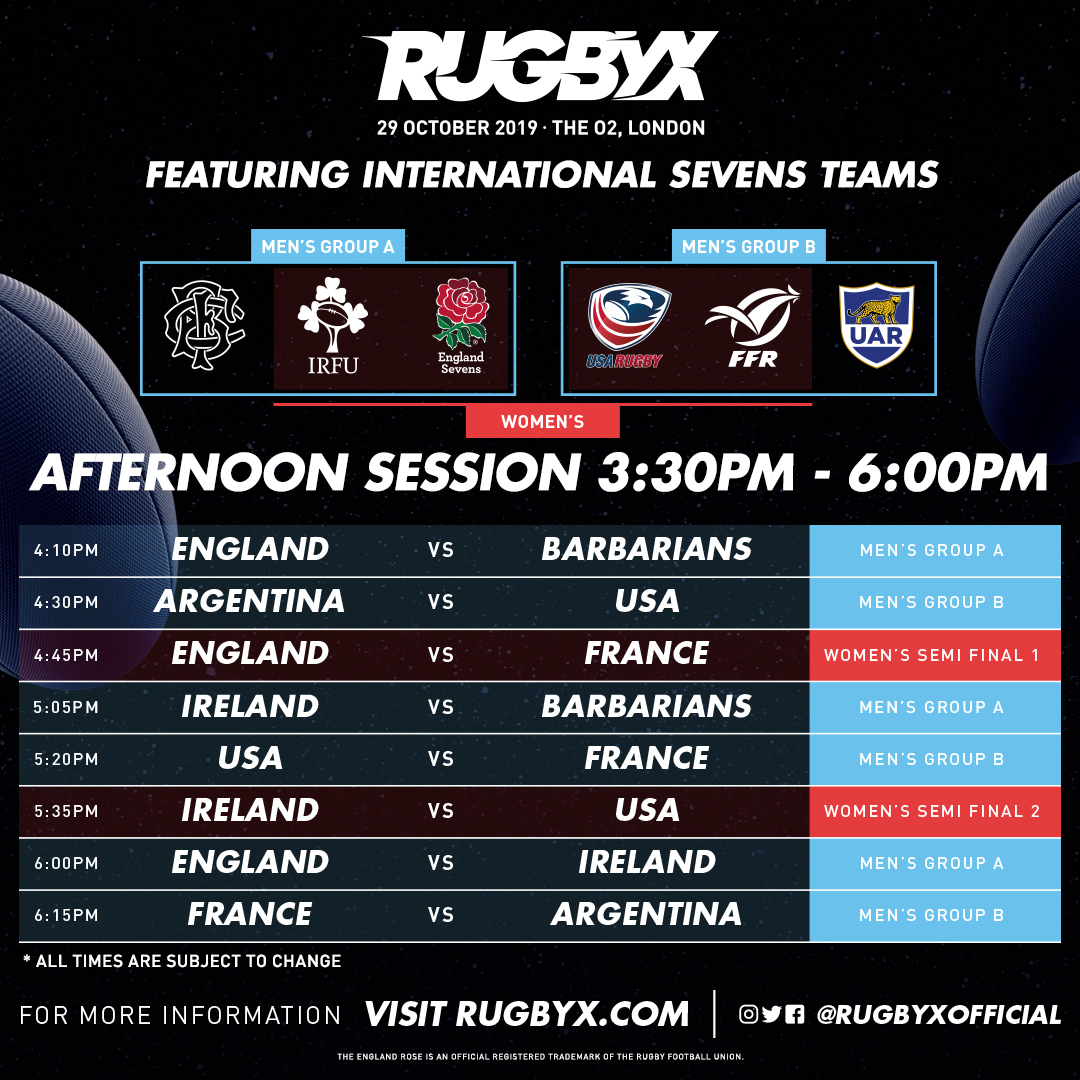 The Group stages and Women’s Semi Finals will take place during the 4pm-6pm afternoon session, with the 8.30pm-10.30pm evening session featuring Men’s Quarter-Finals and Semi-Finals, the Women’s 3rd/4th place match, and Men’s and Women’s Grand Finals. 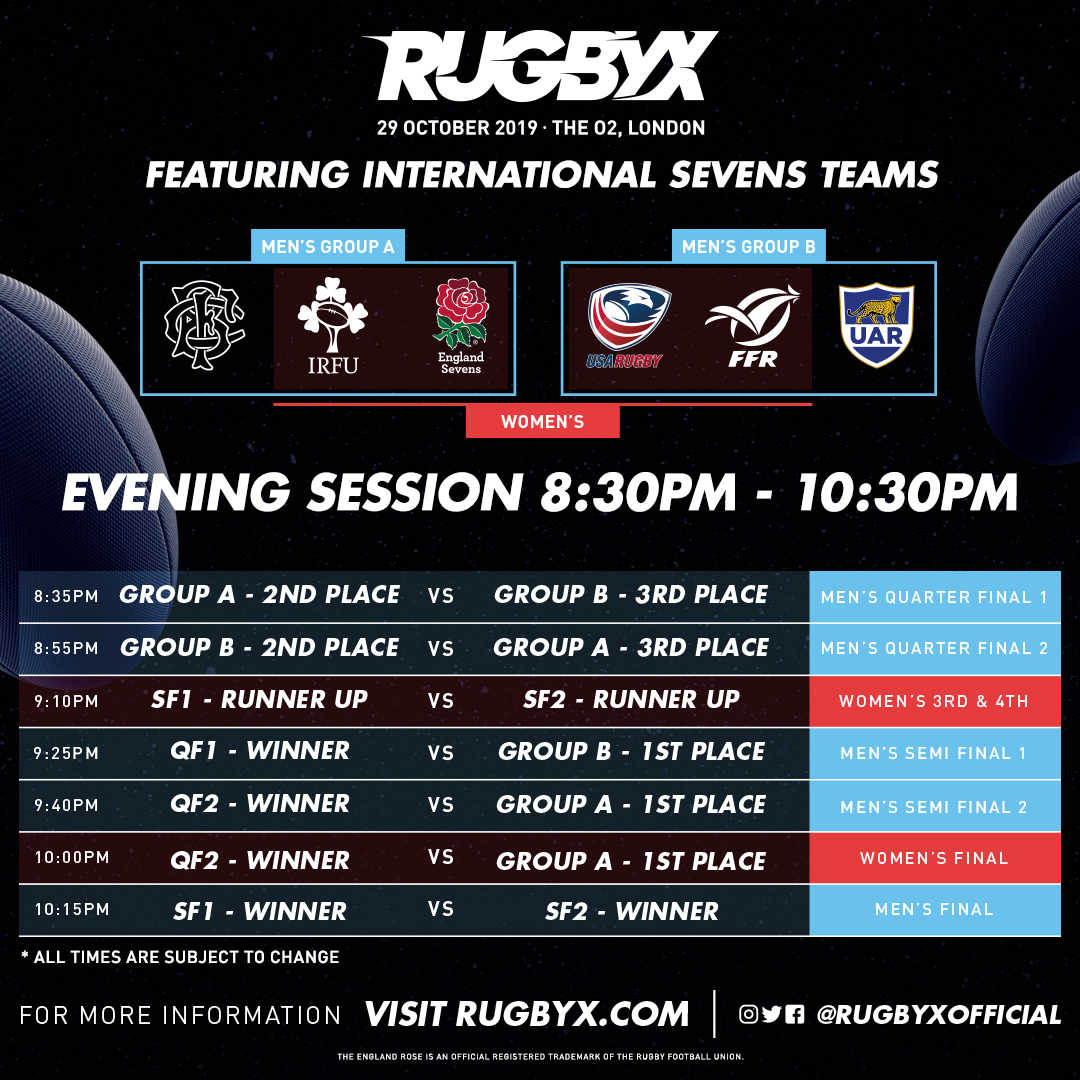 Fans can expect to see the likes of England’s Dan Norton, Olympic silver medalist and all-time leading try scorer in sevens, and England women’s captain Abbie Brown, along with France’s charismatic captain Terry Bouhraoua and the USA’s double world player of the year Perry Baker take part in the debut competition.
The core fundamentals of full contact rugby are being retained but variations of certain laws have been approved in order to encourage fast and skilful gameplay in an arena environment.

There will be quick-tap restarts on the goal-line and no conversions. Line-outs will be replaced by a quick throw from the team in possession and matches will last 10 minutes with no half-time.

World Rugby CEO Brett Gosper said: “The sanctioning of RugbyX marks an exciting step on World Rugby’s journey towards making the sport more accessible, providing an important entry point for new audiences to experience the joy, speed and skill of rugby in an indoor arena environment.

“Innovation is crucial to the continuing success of any sport and RugbyX presents a great opportunity to capitalise on increasing global interest in the days immediately preceding the Rugby World Cup final in Japan.”

TRM, a leading commercial rights agency, has led development the concept in conjunction with Ben Ryan. Harry Horsley, Co-Founder and CEO of TRM said: “We are proud to have invested in developing RugbyX which we believe will bring rugby to new audiences in the spectacular surroundings of the world’s leading entertainment destination. In due course we hope RugbyX can become a platform to promote grass roots adoption of 5 vs 5 rugby in the UK and globally.”

Israel Folau – A Man Trapped in His Own Beliefs