Owen Farrell will captain England against Tonga in a full strength team barring those that are injured.

The midfield of George Ford, Farrell and Tuilagi is unsurprisingly selected after their showing in the drubbing of Ireland.

Henry Slade has also been declared fit and takes his place amongst the replacements. 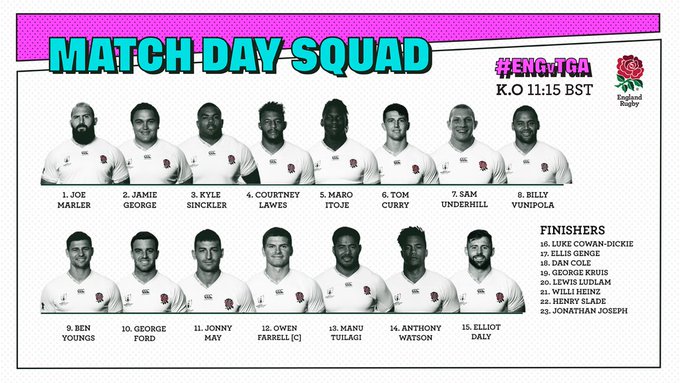 Varsity Cup – A Night at the Danie Craven