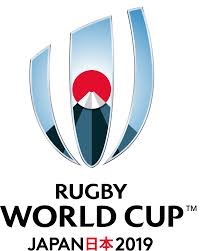 It’s inevitable that every tournament of this magnitude will have at least one pool that features a lineup of opponents that could upset the apple cart to such an extent that the entire competition is turned on its head. With England the favourites to dominate Pool C, they will face stiff competition from the likes of France and Argentina. Not far behind them lurks an ever-improving USA team that will grasp any opportunity to score a win against one of these top tier nations. Tonga, though not at the heights they’ve been at previously, will once again test teams’ physicality and fitness.

Under Eddie Jones, England have been there or thereabouts in terms of the top of world rankings and performances have varied between excellent on one day to underwhelming the next. In Jones they possess a coach that is as tactical and analytical as the best in the world and can step up and beat any opponents on the day. Their inconsistency has perhaps led to a lack of confidence and momentum for the Red Roses going into the World Cup, but that does not take away from the fact that they should be considered serious contenders for this year’s title. If they fire on all cylinders during the pool phase, they should top Pool C, though victories over France and Argentina will be no easy task. Matches against the USA and Tonga should turn out to be one-sided affairs.

When it comes to World Cups, the men from France just seem to shift into another gear, regardless of form coming into the competition. It is with this in mind that no team will underestimate Les Blues in this year’s edition. They haven’t had the greatest year building up to the World Cup and even dropped to a lowly eighth in the world rankings, but they possess a strong squad with a mix of experience and youth. The unpredictability factor associated with the French may prove to be their opposition’s greatest challenge. That’s what makes Pool C so difficult to call. If all comes together, they can beat everyone in their pool. Based on form and rankings though, the French will find it difficult to beat England and in one of the most difficult pool games to call, they might fall short to Argentina as well. They should however, still prove too strong for the likes of USA and Tonga. 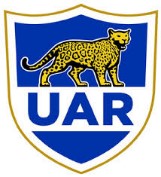 Argentina should take quite a lot of confidence into this year’s instalment of the World Cup, having reached the final with effectively their national squad, of the Super Rugby tournament this year. This may not be the case though and although they have been facing the likes of the All Blacks, South Africa and Australia year in and year out in the Rugby Championship, which would have done more good than harm, their results at International level have not seen sharp improvements. Since the last World Cup, they have won just 8 of 41 full internationals. Their ranking of eleventh coming into the World Cup is another prime example of the flawed ranking system and you can expect them to compete with just about any team in the competition, assuming they can replicate their domestic form. They will rely heavily on their pack of forwards again and their ability to provide opposition with very little margin for error as they pounce on just about any opportunity to counter attack and score points. They do have a bit of a hoodoo over their first opposition at World Cups though so I expect the Argentines to beat France in Pool C, fall just short against England and score victories over the USA and Tonga. 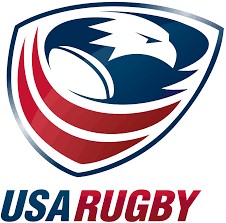 The Eagles have been improving continuously since their first appearance in the inaugural World Cup tournament in 1987, only missing out on qualification in 1995. Their rise in the sevens version of the game is testament to the way in which rugby has grown in the USA. Though they have been drawn into probably the most competitive pool in the tournament, the proud Yanks will stand their ground and will prove tough opposition in each of their pool matches. They will target inconsistent and unpredictable teams, France and Argentina, as candidates over which they could score upset victories and they should have enough firepower to beat Tonga. England though, will prove a bridge too far for the Americans. 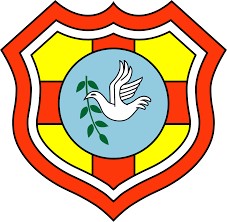 Tonga come into this year’s World Cup with their own internal problems and a lot of them are similar to those faced by other Pacific Island nations. The Tongans have been a feature of every edition of the World Cup and though they’ve failed to progress beyond the pool stages, they are always considered a threat. They boast tough, physical forwards, strong, hard-running backs and a pride and passion that entices crowds to rally behind them. They will focus on putting the nightmare 92-7 loss against the All Blacks recently behind them and focus on respectable performances like they put in against the same opposition in the 2011 World Cup pool phase. There is sadly not much more than pride for the Tongans to play for and their biggest and probably only chance for a win, will be when they square off against the USA.