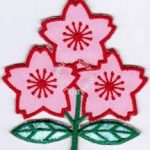 Japan v New Zealand
This will no doubt be a fantastic occasion for Japan in their World Cup Stadium based in Tokyo.

World Cup fever will start gripping the nation soon and this will only start the excitement as they host the number one team in World Rugby.

This Japanese outfit are still growing towards the World Cup and there are some new faces mixed with old in their line up.

Veteran blindside Michael Leitch will only have 12 caps supporting him in the back row as Kizuki Himeno and Hendrik Tui complete the back of the scrum but behind the pack they will be looking for the Sunwolves fly half Yu Tamara to ignite the men outside him as he did on many an occasion in Super Rugby this season.

New Zealand’s perceived second string is anything but that. Dane Coles returns at hooker after a long term injury absence but the back three is where Japan would be wise not to kick the ball too often. Waisake Naholo, Nehe Milner-Skudder and Jordie Barrett form a frightening trio that Richie Mo’unga will take great joy in creating freedom for them to run riot.

The occasion will certainly buoy the home crowd and there is always the chance that Japan score a length of the field try as they usually do but this All Black side, even with some debutants, will always be strong. 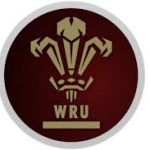 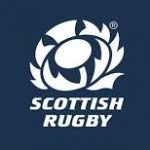 Wales v Scotland
Wales have picked an extremely strong looking team for the opening fixture of their November series whilst also handing a debut to Luke Morgan on the left wing.

With the English based players not available for this fixture it has given the chance to players with excellent provincial form to stake their claims for starting jerseys.

Gareth Anscombe starts at fly half in Dan Biggar’s absence but the back row, without the injured Taulupe Faletau still looks to be well balanced with its personnel. Ross Moriarty, Justin Tipuric and Dan Lydiate is a trio that many Welsh fans have been wanting to see for years and now they come together to produced a very dynamic unit.

Scotland can only pick from home based players this weekend as well and it is them that may well suffer the most from this international being played outside of the official World Rugby window.

That said, it always opens up opportunities for others and after a sublime performance last weekend, Adam Hastings will be looking to put pressure on Finn Russell for his number ten jersey.

The Scots back line is all Glaswegian apart from Blair Kinghorn at full-back. It will only be his 6th Cap but with Stuart Hogg out through injury he has a real chance to hold down this position for a while now.

To allow this back line to create havoc then Scotland will need quick ball and I fear that the Welsh back row may just have the upper hand on them in this area which will dictate the end result. 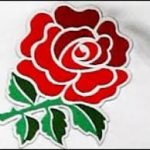 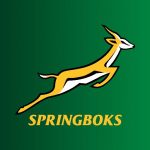 England v South Africa
Injury after injury has depleted Eddie Jones’ squad for this series opener so we will be seeing a very different looking England to the one that we saw in June over in South Africa.

The back row has been the most affected through injury and suspension where Newcastle’s Mark Wilson will take the Number 8 shirt flanked by Brad Shields and Tom Curry.

Behind the pack there is the surprise inclusion of Ben Te’o, who has only played a total of 28 minutes so far this season in the centres. He is partnered by Henry Slade who gets the nod over Manu Tuilagi at outside centre. Expect to see Slade move inside with Tuilagi outside him at some point in the match.

The pack is young and inexperienced in certain positions so the need to gel quickly will be vital to England’s chances of success.

South Africa may have had a mixed bag of a Rugby Championship but they will be brimming with confidence after beating the All Blacks before a last minute loss stopped them doing the unprecedented double over their fiercest rivals.

Duane Vermeulen comes back into the fray on the blindside flank which means Pieter-Steph du Toit moves into the second row to partner the behemoth that is Eben Etzebeth.

Two positions that may hinder the Springbok’s progress is scrum-half and full-back. Faf de Klerk and Will le Roux are not available for the series so Ivan van Zyl and Damien Willemse take their places respectively.

Willemse is an enigmatic talent that can go off like a firework at any time to light up a match but he hasn’t really nailed down a position as of yet so may be a little bit unsettled at full-back after playing at inside centre last week in the Currie Cup final and most of his career at fly-half. I expect England to test him very early on in this match.

The Twickenham crowd will be a huge boost for this English team and they will need them in full voice to cheer them on for this match. If they can keep the ball away from the forwards as much as possible then they will have a chance but the experience of the Springbok pack may well be too hot for them to handle. 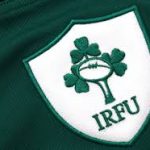 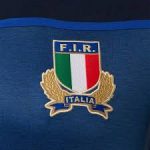 Ireland v Italy
Although this is classed as a home fixture for Ireland they are returning to the scene of their greatest ever victory in Chicago and the stadium that they finally broke their duck against the All Blacks.

This is a very different looking team to what was on the field that day though with just six of the starting line up in double figures for the number of caps that they have earned.

The backline, although inexperienced, looks like it may be very exciting to watch. Garry Ringrose, Bundee Aki, Jordan Larmour, Joey Carberry, Jacob Stockdale and Andrew Conway could all have their own YouTube highlights channel to themselves due to the pace and explosiveness of their play.

Italy will be nowhere near to full strength at Soldier Field and obviously their talisman, Sergio Parisse not playing will always hinder them.

Michele Campagnaro captains the team in Parisse’s absence and he will be seen as a real thereat to the Irish defence with his direct running and eye for a gap.

This will probably not be a classic and I think Ireland will run out as comfortable winners.

Do you agree with these predictions or do you think that some of the results may go the other way?

Interschool Rugby Experience left me Boys High as a Kite