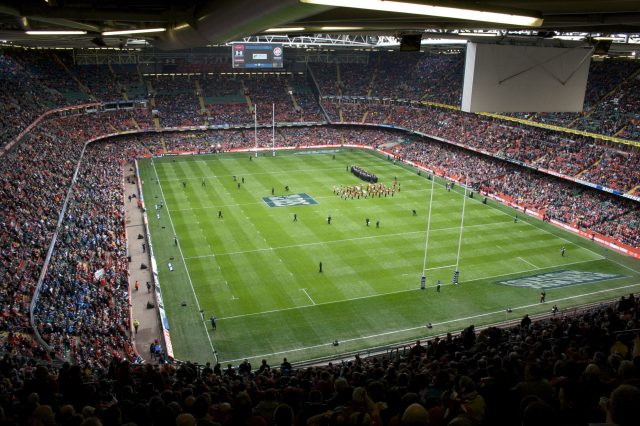 Wales enter the England match having equalled their all-time record for most consecutive wins in the test match arena, 11. England also enter the game on good form having defeated Ireland comfortably on their own patch before dismantling France a fortnight ago.

England’s big win over the French illustrated the space left behind their three-quarter line during the entire match. Wales won’t be leaving as much space and so expect England to alter their game plan to such.

In this two-part article, Robert Rees will be taking a look at Welsh game plan to face the English and in the other half of the article scrum5rugby will be looking at the Red Roses as they come into the game looking to remain unbeaten themselves. 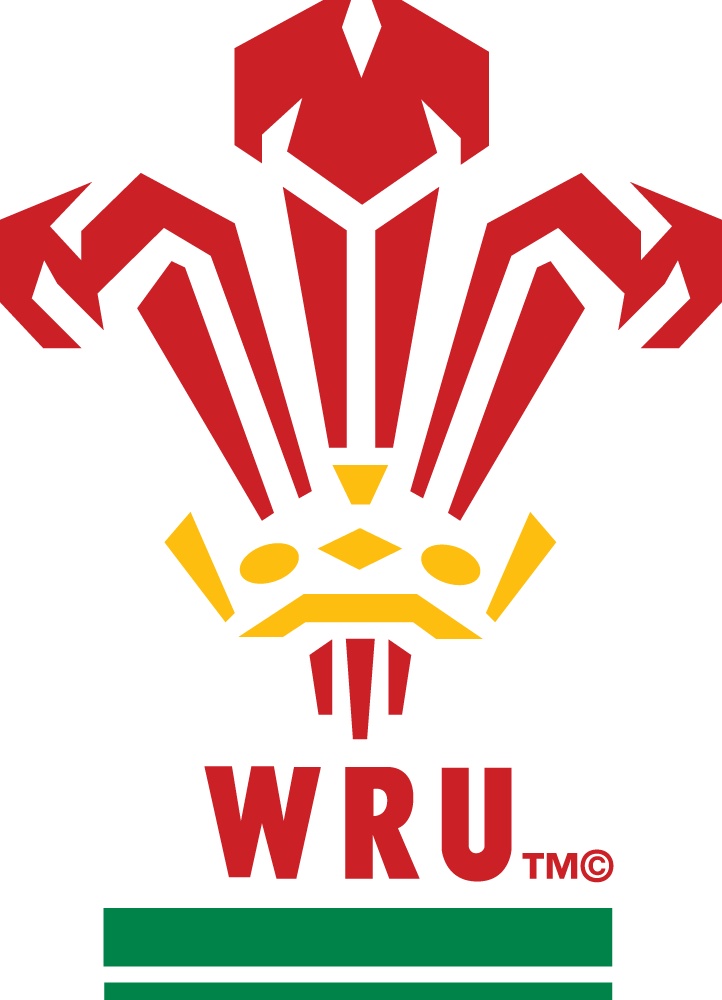 Make no mistake about it. Wales’ pack is a wealthy one when it comes to depth. The ability to not only compete with a strong set piece but deliver an around the park experience helps massively.

Plenty of firepower amongst the squad enables Wales to get over the gain line and produce quick ball. Powerful with ball in hand Wales’ tight five (Evans, Owens, Francis, AWJ and Beard in this case) they’ll push Wales into English territory.

Backed up by a destructive back row Wales can hope to get a fair turn of possession although this isn’t mandatory. Wales have won only two of the 11 game run with more possession than their opponents.

Back row will gain turnovers

Both sides have battled with back row dilemmas for some time. England’s in terms of finding balance between hard carriers and breakdown experts and Wales in just choosing three players from their stupidly long list of back row depth.

It’s a five way battle this week. Young, Wainwright being the outsiders trying to dethrone one of Navidi, Moriarty and Tipuric. Sounds unlikely but both are worthy pretenders to the throne.

All will give Wales a chance at turning the ball over and provide ample carrying abilities to set Wales on their way towards some points. England will be able to keep to their game plan more if Wales don’t disrupt the ball and so expect Warren Gatland to set his back row on the breakdown.

Fly half must defend against Farrell

At first an obvious statement, but regardless who Gatland selects to start against Eddie Jones’ men must be able to combat Owen Farrell. Farrell is a strong leader who will utilise a kicking game and target the midfield channels.

Manu Tuilagi and Henry Slade will be powering into the 10-12 channel all afternoon if they have enough ball and Wales must be strong against this. Dan Biggar would probably be the strongest defensively out of those available and can combat a Farrell kicking game.

However, he is more methodical than Gareth Anscombe who could add that quick, dynamic edge to the attack. It’ll be end to end stuff so having someone who is more quick to react may well be the key for Wales who’ll look to exploit England’s space when Wales counter attack.

England have kicked the ball from hand 80 times thus far in the Guinness Six Nations. Expect it to be reasonably high against Wales, but they’ll be limited as to what they can do due to the Welsh backs being more tactically astute than the French were.

With Halfpenny once again missing out on another week of rugby one would say it’ll be Josh Adams, George North and Liam Williams leading the charge.

As pointed out in an analysis piece following the Italy game, Josh Adams is comfortable in returning high ball. England will press harder than the Italians did but Adams is solid enough in defence for Owen Farrell to alter his game plan.

Liam Williams is dangerous from all over the park and will be very happy to return the ball if it’s kicked loosely in his direction and despite being criticised for being poor in defensive positions, George North will be a big threat running the ball at the English line if he gets it in his hands.

With playmakers inside of these three, England won’t want to kick too much and may target touch a lot more than they have in their opening two rounds.

Struggling against Italy, the lineout will need to improve as Wales often succeed whilst using it to start their attacks. The return of leaders Ken Owens and Alun Wyn Jones will undoubtedly secure more possession than the pack did against the Azurri and thus, Gatland may opt to use it more often.

The scrum has started strongly and despite the loss of Mako Vunipola Exeter’s Ben Moon – who seems the likely candidate to replace him – is a worthy adversary at scrum time. He’ll be up against Premiership teammate Tomas Francis and that could well be a big battle with both players knowing each other inside out.

Wales will certainly be up for this one and will want nothing more than to set a new winning streak against their oldest of foes at the Principality Stadium this Saturday. 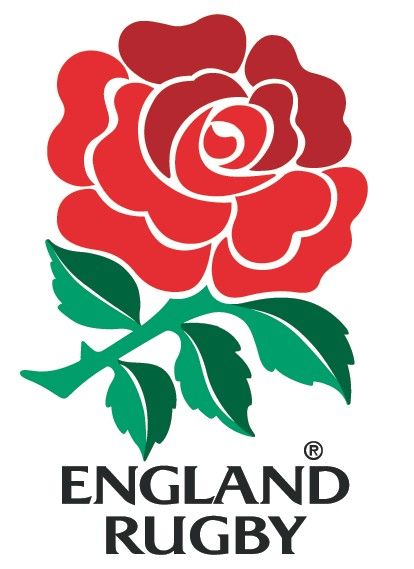 England Need to Silence the Crowd

It may sound like a cliché statement but the crowd at the Principality is a 16th man.

The noise will be at it’s cacophonic best for this huge encounter but if there is one team that can silence it then it’s England.

In each of their last five internationals they have scored a try within three minutes of kick off, an outstanding stat.

Winning the toss will take on an added importance and if Wales win it then expect them to kick off deep into England’s territory to try and nullify this.

England will do exactly the same if given the chance and hope to gain early points whilst quietening down the stadium in the process.

There’s no doubt that losing Mako Vunipola is massive for England, not only at scrum time but also in the loose. He makes an exorbitant amount of tackles and is a nuisance at the breakdown. The Saracens prop made 27 against Ireland alone and someone will need to stand up and take some of that slack.

Eddie Jones will effectively replace him with two players which should allay some English fears.

Ellis Genge won’t be fully match fit but for 45 to 50 minutes of high paced rugby he will be a better option than Ben Moon. Moon will play a part from the bench but Genge’s pace and power will see him start.

The five men behind Genge have been a revelation in this Six Nations so far. Finally, Jones may just have his balance right.

Courtney Lawes seems to be showing his raw qualities more consistently around the park whilst Mark Wilson and Tom Curry compliment each other beautifully in both attack and defence.

The most influential figure on this Red Rose pack is Billy Vunipola though. How England missed him in the last year. It’s not just his carrying but his mere presence that fills the players around him with confidence.

If Billy can be as influential with ball in hand as he has been so far this Championship then England will win the battle at the gain line.

Welsh Number Ten will be in for a baptism of fire

Gatland has a difficult choice to make with regards to who he starts at fly-half on Saturday because he doesn’t have any one in any sort of real form.

Dan Biggar didn’t impress against Italy and Gareth Anscombe had 40 minutes to forget against France in the first match.

Both are quality operators though and will enjoy the home comforts of the Principality Stadium but it won’t stop England seeing either of them as a potential weakness.

Eddie Jones seems to be doing more homework on his opponents at the moment as England are tactically out thinking their opposition. The men in white seem to be more adaptable game to game than they have been previously.

The first receiver channel will be an area that pressure will be applied both in attack and defence.

My feeling is that Biggar will start because his kicking game is more astute than Anscombe’s and don’t be surprised to see Joe Cokanasiga start ahead of Jack Nowell for England purely because his ample frame will combat the cross field bombs.

We’ll find out if Slade is the Real Deal

It’s not unfair to say that Slade will be knocking on the door of the player of the tournament committee after the first two rounds of the tournament but that could all be forgotten this week if he doesn’t pass his sternest test to date.

Jonathan Davies is another player that hasn’t hit his straps in this tournament yet but at home in a big match like this is when players like this British Lion come into their own.

Slade’s defence hasn’t been tested yet and the outside arc of Davies with that big handoff of his will be unsettling the Exeter man’s sleep.

That said, Davies will have a player bang in form up against him. Slade has a bag full of tricks himself and as England go through the phases and if Slade can slip his marker, he could do some serious damage to a fractured Welsh defence.

Now is Slades’ time to prove he deserves a seat at the top table.

This match is going to be salivating to watch and the fact that there are so many mini battles all over the pitch just makes it all the more intriguing.

England’s form and quality across all 15 positions on the field should just see them squeeze Wales into submission.