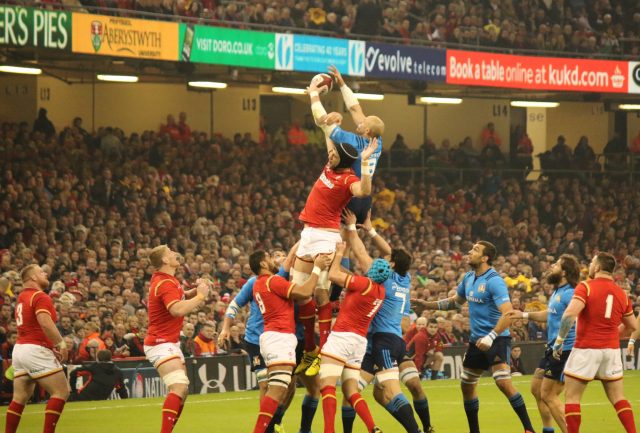 Cokanasiga not the finished article – yet

It’s perfectly fair for England fans to get excited about Joe Cokanasiga after his performances in November and again on Saturday but some caution must be shown towards the Bath flyer.

The rugby world is at his feet, have no doubt about it but Eddie Jones will also be wary of his ability to defend and that better teams than Italy will exploit that.

Man of the Match was fully deserved at the weekend as he tore the Italian defence to pieces but he did make some basic errors when England didn’t have the ball.

In tight games, Jones will want that addressed to ensure he doesn’t get targeted but if he does rectify them then we have a very special player on our hands.

Maybe people should just hold off on those Jonah Lomu comparisons for now!

Time for Laidlaw to step aside

Gregor Townsend made a very bold decision on Saturday to drop captain Greig Laidlaw for the clash with Wales.

It’s been a decision that has been a long time coming though.

Laidlaw isn’t the quickest of scrum halves at the best of times but unfortunately, he seems to be getting slower as he labours around the field.

The Clermont man’s goal kicking is impeccable and is no doubt one of the strongest parts of his armoury but if Scotland want to play the same, high octane rugby that brought them so much success last season then Laidlaw has to drop down the pecking order and stay there.

That also means off the bench as well because he now doesn’t offer any impact there, as we saw at the weekend.

Townsend must put sentiment to one side and let his head rule his heart.

Time for Italy to step aside

The sooner relegation and promotion come into the Six Nations, the better. Italy are appalling and will only get worse after the World Cup.

We saw some glimpses of what they can do with ball in hand at the weekend as they went through twenty plus phases in attack but it’s not enough and is actually in danger of devaluing the competition now.

21 straight losses in the Six Nations but with the way that France are playing, the Azzuri have their best chance in years to break that duck on Saturday.

At home to another struggling team, a cup final of it’s own but even if they win, it shouldn’t paper over the canyon sized cracks.

Whatever happens, they have another wooden spoon to add to their bulging collection.

That was a cake walk for 75 minutes in Dublin for the Irish yesterday but I am sure that Joe Schmidt will be the first to acknowledge that Ireland were substandard in their execution.

I get that there is a game plan and it needs to be stuck to but for those twenty-five minutes of the first half when they kept hammering the ball into the corner, catch, drive and fail all but once was getting a bit tedious and unlike the men in green.

When the ball did get moved along the back line it was with purpose and imagination – Johnny Sexton’s try being the perfect example.

They will be a different animal in Cardiff next weekend, I am sure of that but you do have to wonder how much that defeat to England has dented their confidence and knocked the hardened edge and ruthlessness that they played with in November and last year’s Six Nations.

Thirteen is a lucky number

There probably aren’t many fingernails left in Wales right now and you can see why after the second half at BT Murrayfield on Saturday.

Wales did something very unusual for them and that is to step off the gas.

They allowed an under-strength Scotland team back into a game that they should have locked up by half time.

No Welsh supporter will care though because they will know that when one facet of their performance fails then there is another one that will bail them out.

The defence, especially the scramble defence, was immense at the weekend and as Warren Gatland has said in the past, Wales have forgotten how to lose.

Second versus third in the World in Cardiff on Saturday is going to be a match not to be missed.

Saturday 16th March could be an epic day

Before the Championship I said that this could be the best Championship for many a year and that I didn’t think there would be a Grand Slam.

Will I be right? Who knows! That’s the beauty of it all.

Apart from this weekend just gone, we have had some intense, high level rugby to enjoy in every round and let’s just hope that the rugby gods grant us one last weekend of joyous play in Rome, Cardiff and London respectively.

The main attraction will be in the Welsh capital but should that result be green rather than red then we go to Twickenham to play out the final scene of a topsy-turvy Six Nations.

I’m tingling at the thought.