Scotland will be pleased to have drawn Italy at home in the first round of this year’s matches so they can hopefully gain a comfortable win and blow out any cobwebs before the serious business starts further into the competition.

Australia born centre Sam Johnson will make his debut for Scotland, partnering Huw Jones in the middle of the back line.

The back three is full of pace and danger for the Italians to worry about with Stuart Hogg, Tommy Seymour and the elusive Blair Kinghorn ready to pounce on any space that is afforded to them.

Gregor Townsend has had to deal with injuries in his pack so Ben Toolis comes into the second row with Grant Gilchrist.

Hamish Watson’s absence will certainly be a big blow for Townsend and Jamie Ritchie has been given the task to fill those boots. 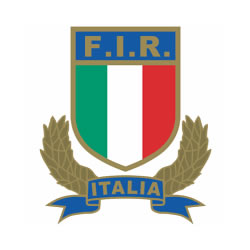 Leonardo Ghiraldini will make his 100th appearance for Italy on Saturday whilst the timeless Sergio Parrise will be making his 135th in total and a record 66th in the Six Nations.

Former Bath and England U20 David Sisi will make his debut for the Azzuri in the second row.

Michele Campagnaro moves out to the wing to make room for Luca Morisi at outside centre whilst kiwi-born Jayden Hayward will collect his 11th cap from full-back.

Scotland will be clear favourites for this match but there have been quite a few enforced changes for them in key areas that may disrupt their rhythm. The backline, especially Johnson and Finn Rusell, will need to click if the back three are to benefit whilst in the pack they may lack one or two big ball carriers to really stamp their authority on the match.

Italy have nothing to lose and for players like Parrise and Ghiraldini this could be their last Six Nations campaign so one famous last victory will be on their agenda.

Scotland have historically struggled against Conor O’Shea’s men but the gulf between the two teams with regards to quality is bigger than ever and that upset they desire won’t be occurring at Murrayfield on Saturday.